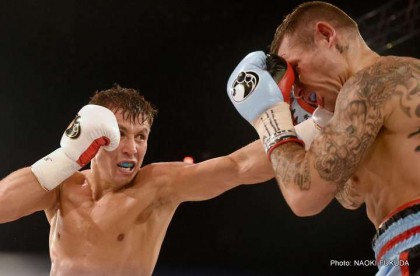 The Golovkin-Murray fight brought in an average of 862,000 viewers on HBO with a peak of 938,000. The numbers obviously weren’t huge, although the fight being broadcast during the afternoon rather than the evening probably has a lot to do with the less than huge ratings.

Golovkin’s choice of opponent in facing Martin Murray probably didn’t help either. Murray isn’t a household name in the United States among the casual boxing fans. Had Golovkin fought a better known middleweight like Miguel Cotto or David Lemieux, he likely would have brought in well over 1 million viewers.

Sadly, Golovkin’s ratings could possibly be used against him by top fighters like Cotto and Carl Froch in giving an excuse for not fighting him. I mean, averaging only 862K viewers gives these fighters an excuse not to fight Golovkin if that’s something they’re looking for. 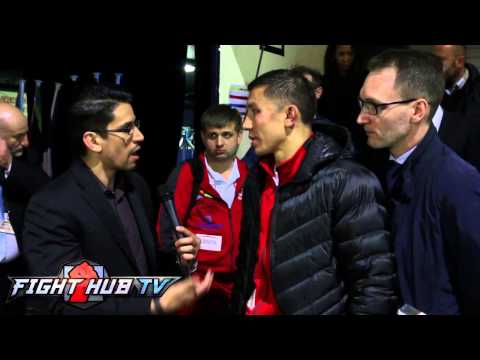 If Julio Cesar Chavez Jr fighting at the same time in the afternoon, he likely would have brought in much higher ratings than Golovkin’s numbers. The same with Cotto. Those fighters are big enough stars to bring in huge ratings no matter what time of day they fight.

Golovkin’s promoter Tom Loeffler of K2 Promotions is doing Golovkin no favors by staging his fights in Monte Carlo instead of in the United States, because it leads to his fights being televised in the afternoon in the United States rather than in the evening. This obviously means less boxing fans wind up seeing the fights, which leads to less than spectacular ratings.

Golovkin knocked Murray out in the 11th round of the one-sided fight. At the time of the stoppage, Golovkin was ahead on the scorecards by the scores of 99-88, 100-87 and 99-88. Murray fought well enough to win the 2nd round, but that’s it. Murray spent too much time running and holding rather than fighting, and it turned the fight into a dull case of a cat and mouse affair. Golovkin was literally chasing Murray around the ring looking to take his head off each time he would stop to fight.

What was strange about the fight was the huge size difference between the two fighters. Murray looked like a big light heavyweight facing a small middleweight. The combination of Murray’s size and tattoos made him look like a menacing fighter, but the fact that he was running from Golovkin the entire fight made it look very weird.

I would have liked to have seen Murray fighting stationary and going out on his shield rather than employing all the stalling tactics of running and holding all night long. As it turns out, Murray’s strategy of grabbing and running didn’t help him one bit in the fight other than it enabling him to last longer but take more punishment.