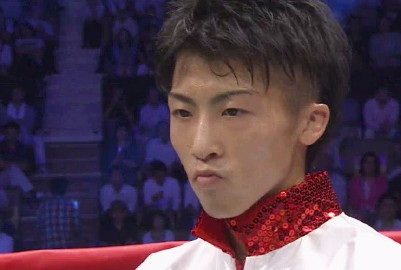 By Gav Duthie: One of my new years resolutions is to pay more attention to the lower weight classes. It doesn’t take long to realise that a potential bout between Nicaraguan Roman Gonzalez 41-0 (35) and Naoya Inoue 8-0 (7) would be the highest class fight out there for 2015 with the exception of Mayweather-Pacquiao. In my opinion this would be the biggest fight in the lower divisions since the Ricardo Lopez v Rosendo Alvarez rematch in 1998.

For anyone who is yet to see this 21 year old sensation alias ‘Monster’ take five minutes to youtube his two round destruction of Omar Narvaez 4 days ago. I have not seen a dismantling of a top champion like this since Tommy Hearns destroyed Roberto Duran. Narvaez is 39 but this was the 8th defence of his title and his solitary loss before this was a 12 round decision against Nonito Donaire who now campaigns at featherweight. Inoue went up two divisions to win this and its only his 8th fight. Where he has came from, i’m not sure. As an amateur he won relatively well profiled tournaments in Asia finishing with a 75-6 (48) but as a pro he seems unstoppable.

Chocalatito is probably the biggest name in the lower weight classes since Ricardo ‘El Finito’ Lopez. He was one of the fighters of 2014 and is already a 3 division world champion at age 27. His progression has been more steady through the ranks and was targeting Narvaez himself. I don’t think he would have destroyed him like Inoue did but styles make fights and this would be amazing.

Absolutely it can. Despite being from Nicaragua Gonzalez fights almost exclusively in Japan as it is the biggest market for boxings lower weight classes. Both fighters are promoted by Teiken Promotions. Teiken supremo Akihiko Honda has said it is entirely possible for the end of 2015. I really hope this happens and gets some coverage in the US with showtime or HBO. From what i have seen I have a feeling Inoue just shades it.

Randy Caballero Is Becoming An Icon in Nicaragua »