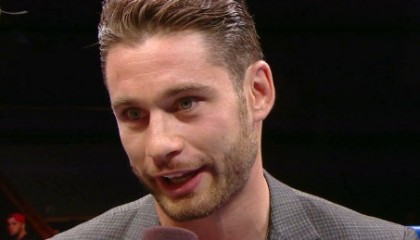 By Allan Fox: Former WBO light welterweight champion Chris Algieri (20-1, 8 KOs) is reportedly asking for too much money for his fight against WBO lightweight champion Terence Crawford (25-0, 17 KOs), according to Steve Kim.

The Crawford vs. Algieri fight will be taking place on March 21st at Madison Square Garden in New York. This is one of the few places where Crawford could headline a fight other than in his hometown in Omaha, Nebraska.

”What I’m hearing is that Algieri needs to come waaaay down in his original demands to land this Crawford fight.. #boxing,” Kim said on his twitter. 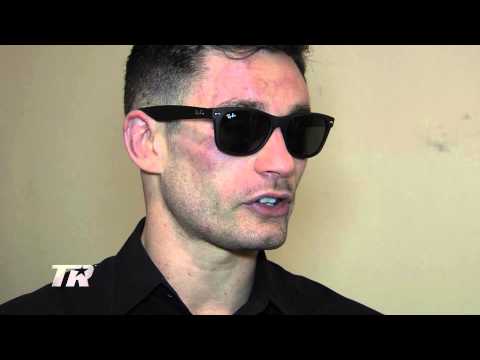 This is potentially a bad match-up for Algieri, and you can’t blame him for wanting to get as much money possible. He doesn’t have the punching power or the hand speed to compete against someone like Crawford.

Algieri lost his last fight against Manny Pacquiao last November in Macau, China. Algieri got a career high payday in that fight, but unfortunately he was totally dominated and embarrassed by Pacquiao in getting knocked down three times in losing a 12 round decision.

It was a wasted opportunity for Algieri, because he wasted time by waiting too long before he started to fight, and this caused Pacquiao to dominate the fight early on. By the time Algieri actually started to fight, he was trailing and too far behind to even have a chance at rallying.

It’s hard to know how well Crawford will be able to perform in the 140 pound division, as he’s moving up in weight for this fight. However, Algeri is no real threat to hurting Crawford because of his lack of power.

What Algieri does have going for him is his height, reach and boxing ability. That’s obviously something that could give Crawford some problems, but probably not enough problems to really worry him.

Crawford defeated Raymundo Beltran by a 12 round decision in his last fight. It wasn’t the most thrilling fight to watch because of all the holding and running that Crawford did but he got the win. That’s the main thing.

Crawford is being angled for a fight against Manny Pacquiao in the near future.

The smartness of Floyd Mayweather Jr. »