Mayweather vs. Pacquiao unlikely to happen 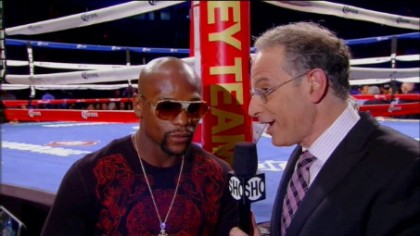 By Leigh K. Seto: The top two boxing networks are HBO and SHOWTIME. It has been widely publicized that the networks would have to work together in order for the Mayweather/Pacquiao mega-fight to occur. Many point to the Lewis/Tyson fight to illustrate that these two networks have worked together in the past to make a fight happen.

Lewis was with HBO and Tyson was with Showtime. The problem is that people may not know that took 15 months for the networks to iron out and plenty of bad blood. Fast forward to today and these networks are still at war with each other and an amicable partnership seems highly unlikely. If these networks don’t agree again the fight will not happen. If you don’t believe me, Google Lewis vs Tyson, HBO vs Showtime.

HBO and Showtime have been having a tug-of-war when it comes to fighters, dates and viewers. The timeline below shows the rivals and the reasons for their latest discord.

February 21, 2013 – Floyd Mayweather Jr leaves HBO and signs multi-fight deal with Showtime (This was a bigger blow than losing De La Hoya. Mayweather was and still is the #1 boxing draw). HBO lost a billion dollars over this deal.

September 29, 2014- Canelo Alvarez leaves Showtime to sign multi-fight deal with HBO (If you noticed Bernard Hopkins made an appearance on HBO last month a signal that more Golden Boy fighters will be choosing HBO in coming years).

How are the networks getting along lately?

One sign that the HBO and Showtime are respecting and working together is by them not scheduling fights on the same date. In the industry it is known that by having conflicting dates it will lower the viewership on each telecast.

What is Showtime’s current stance on the Mayweather/Pacquiao fight?

In the last 2 years you have seen top fighters move from HBO to Showtime like Deontay Wilder, Adonis Stevenson, Adrien Broner, and Floyd Mayweather to name a few. Likewise, Showtime has lost fighters to HBO Shane Mosley, Juan Manuel Marquez, Bernard Hopkins and just recently Canelo Alvarez. These Networks have been at odds for years and there is no sign that they will repair the relationship. The only way the Mayweather/Pacquiao fight can happen is when these networks are willing to work this out. Are they willing to work together or is one willing to step aside? So far, the answer is no. As Mayweather has publically stated, “The fight has to be on Showtime”. Mayweather knows that he is the A-side of the fight and is flexing his power. This is a stark contrast to the Lewis/Tyson fight where distribution and representation were equal, because both fighters were considered equal when it came to fan base. Mayweather has proven the larger draw and HBO will have to concede representation like announcers and percentages, maybe even coverage to make the fight happen. This is unlikely. In reality it does not matter what you hear from Floyd, Manny or Bob. We need to hear that the networks at this point!