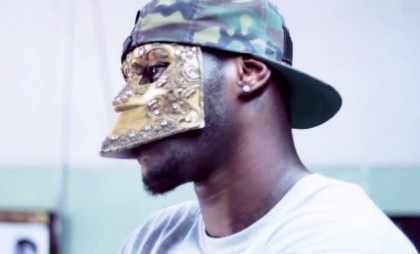 By Scott Gilfoid: 6’7” heavyweight Deontay Wilder (31-0, 31 KOs) will be looking to pick up his 32nd consecutive knockout this Saturday night against Jason Gavern (25-16-4, 11 KOs) in their 10 round bout on the undercard of the Shawn Porter v. Kell Brook at the StubHub Center in Carson, California.

Wilder has some time to kill before he gets his title shot against WBC heavyweight champion Bermane Stiverne, so he and his team decided to get in a stay busy fight to keep him on his toes for the Stiverne fight later this year.

Gavern, 37, is the perfect guy for Deontay to be fighting right now because it’ll enable him to use a lot of different tools in his arsenal if Gavern doesn’t crumble in the 1st round like a lot of Wilder’s opponents have been doing lately once he taps them on the chin with one of his powerful right hands.

Gavern is a great opponent because he’s going to go right into the teeth of Deontay’s offense and try and test him. In many ways, Gavern might turn out to be a tougher opponent for Deontay than Stivern will be. The reason for that is Stiverne has a bad habit of lying against the ropes when he fights rather than staying in the center of the ring.

Deontay eats up guys that back up to the ropes in a last stand type mode. They just don’t last long because they wind up taking Deontay’s shots full force without being able to roll with the punches the way fighters do when they’re in the center of the ring.

Gavern doesn’t lie on the ropes. He goes on the attack and comes right at his opponents to force them to fight it out with him. With that kind of style, Gavern will bring out the best in Deontay and make it an exciting fight for while it lasts for the fight fans at the StubHub Center in Carson.

Gavern might be able to test Deontay’s inside game if he’s able to walk him down. We’ve only seen a couple of fighter try and get inside on Deontay, and it usually doesn’t work out well for them because Deontay has a nice uppercut and a short hook that he likes to throw to the head.

Is George Groves vs James Degale 2 destined to happen? »