Pacquiao vs. Bradley: Merciful or unable? 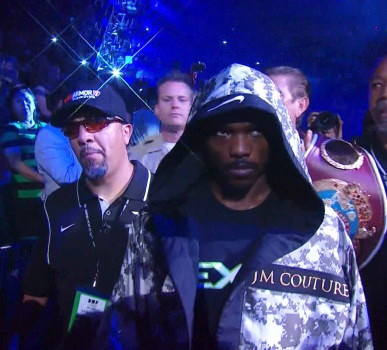 By Gerardo Granados: Last Saturday night at the MGM Grand in Las Vegas, Nevada, U.S.A, the veteran “boxer” Manny Pacquiao (56-5-2, 38 KO’s) clearly defeated WBO Tim Bradley (31-1, 12 KO’s) to regain the WBO welterweight strap; I concur with the two fight judges that scored it 116-112 for Manny. Although it was a good fight it can’t be possible to consider it as a candidate for fight of the year award, maybe Pacquiao’s fans considered it as spectacular but the fight simply didn’t lived up to the expectations.

The first five rounds were really good but after the sixth, Bradley was in survival mode, something had changed, according to the fight reports “Desert Storm” hurt his ankle again; if he had not injured the fight might have been closer, but that is not to blame on Manny who had a good fight plan and was able to execute, he was smart and patient to out punch and outwork Tim, who after the fifth round was just trying to land a big punch to end the fight.

It is a shame that Bradley injured his ankle again, because he was doing a good job in the early rounds of the fight, he was able to hurt Pacquiao a couple of times and the fight was very competitive at that point. At the end of the fourth round you can see how Bradley slightly limps to his corner. Pacquiao did his job but certainly is no longer one of the meanest sons of boxing. Now, the veteran lion king has become a smart patient “boxer”, who takes advantage of his ring experience, speed and awkward mobility, his angles and also good power. But the old aggressive Pacman might be gone.

Not the less I believe a fight between Pacquiao and the best boxer of this era Floyd Mayweather Jr. is now more interesting to watch, because Manny has evolved in to a “smart boxer”, but the fight must take place before both fighters get older. Now this fight would take place between two smart boxers and not between one boxing technician and one brave fighter.

A friend of mine asked me if Manny still is able to get a knockout win and if he is too merciful. I told him that if Pacquiao is not willing to risk to get a knockout win, it is not because he is merciful at all but cautious instead, now he is been smart not reckless. I think he still is physically able to go for the kill but his last knockout loss might be the reason why he has abandoned his old fan friendly fighting style. But, what about the reader? Do you believe Pacquiao was merciful or unable?

« Pacquiao beats Bradley and proves that he’s back

Pacquiao: The line is open for Mayweather to call 24 hours a day »