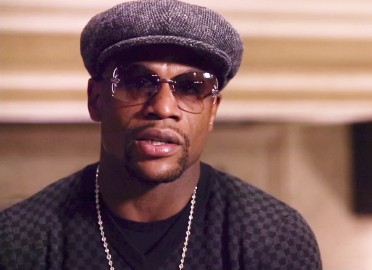 By Chris Williams: The well respected trainer Robert Garcia of Oxnard Gym doesn’t think Floyd Mayweather Jr. (45-0, 26 KO’s) should ever bother giving Filipino star Manny Pacquiao (55-5-2, 38 KO’s) a fight. Garcia thinks the fight should have happened years ago, and there’s no point in them fighting now. He sees Mayweather in a comfortable situation where he’s making $50 million or more per fight, and he doesn’t need to fight Pacquiao in order to make big money. It’s Pacquiao who badly needs him in order to get a huge payday.

“Mayweather’s too smart [for Pacquiao], he’s too fast,” Garcia said to esnewsreporting. “If I was Floyd, I wouldn’t fight him. If I’m still making $50 million. They didn’t fight when they should have. Why now? I wouldn’t [fight Pacquiao]. He made $100 million, so he don’t have to fight him. If he loses, imagine. Just like [Juan Manuel] Marquez. I wouldn’t fight Manny anymore.”

I agree with Garcia. It doesn’t make any sense in Mayweather fighting Pacquiao, especially with him not following his instructions to get a fight with him. Mayweather told Pacquiao if he wants the fight, he only has to leave Bob Arum. Has Pacquiao done that? Better yet, will Pacquiao leave Arum after the end of his contract this year? I don’t think so.

I can see Pacquiao signing back up with Top Rank for another 3-4 years, which will pretty much take him right up to the end of his career. Bernard Hopkins is still fighting at 48, but I think it’s safe to say Pacquiao won’t be at the same level Hopkins is at when Pacquiao turns 38. He takes too much punishment due to his fighting style, and that knockout he suffered at the hands of Marquez probably didn’t help him any.

Mayweather should fight Pacquiao only if he were willing to do everything that Mayweather is asking from him. If he asks for full drug testing right up until the morning of fight, Pacquiao would have to agree to it. If Mayweather asked for a 65-35 cut of the purse, then Pacquiao would need to agree with it. Pacquiao is really at the mercy of Mayweather if he wants the fight with him, because Mayweather’s going to make his money whether he fights Pacquiao or not. The only reason he’d be bothering to fight Pacquiao now is for his legacy. He would want Pacquiao’s scalp to add to his collection. Pacquiao would do well if he could just get the fight, because he’d get a ton of money and he could use the money for all kinds of beneficial purposes I imagine.