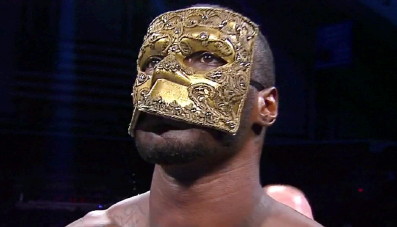 By Scott Gilfoid: With his his mouth watering fight against David Haye now likely permanently shelved due to Haye’s shoulder surgery, unbeaten Tyson Fury (21-0, 15 KO’s) is ready to take the ultimate risk in facing the talented one-punch knockout artist Deontay Wilder (30-0, 30 KO’s) in a fight that Fury hopes will serve as a springboard to get him a title shot against one of the Klitschko brothers. In fact, Fury is hoping that one of the sanctioning bodies will agree to a Fury-Wilder fight as a heavyweight title eliminator bout.

Fury said on his twitter today: @BronzeBomber [Deontay Wilder] You’ve had banter with me and my promoter @HennessySports, so get someone to call Mick and lets give the fans a real fight!! @BronzeBomber you and me is the biggest and most exciting fight in world boxing!! You talk the talk @BronzeBomber, now it’s time to walk the walk!! @HennessySports February 8th, @Phones4uArena – Let’s get it on!! Lets see if the klitchkos r willing to fight the winner of @Tyson_Fury & @BronzeBomber? @Klitschko @GoldenBoyBoxing @HennessySports. The only man I can think of who will fight me. Sounds like Bombe squaddddd. 30/0/30 vs the Furious1. @BronzeBomber @GoldenBoyBoxing.”

This would be a huge fight if they can put this together, especially if they can make it an eliminator bout to get to one of the Klitschkos. The size of both heavyweights, and the power of Deontay would make this a really interesting bout for fans from the U.S and the UK. I like it a lot better than Haye-Fury, because Deontay is a lot younger, and arguably more dangerous than Haye due to his superior size and power. Fury will be in there with someone that he can’t afford to make a mistake with. One slip up by Fury, and he’ll be on the canvas staring up at the lights. Personally, I don’t see how Fury can win it, because he’s too weak, too easy to hit, and too upright to compete with the 6’7″ Deontay.

It’s unknown at this point what Golden Boy Promotions was thinking of matching Deontay with. My guess is they still had nothing for him in terms of his next fight, so I can see them readily agreeing to this fight. Golden Boy CEO Richard Schaefer said in the past that he was eager to put together a Deontay vs. Fury fight, so this will be a great opportunity to see if he’s still interested. I would assume that Schaefer would be interested in putting this fight together because there’s no point in holding Deontay back at this stage in his career. He needs Fury’s scalp to add to his collection to get the attention of one of the Klitschko brothers. If nothing else, a win over Fury could maybe lead to Deontay collecting some more scalps from UK fighters like Dereck Chisora, Hughie Fury, and Anthony Joshua before he gets a shot at Wladimir or Vitali Klitschko.

Pacquiao-Rios undercard leaves a lot to be desired »