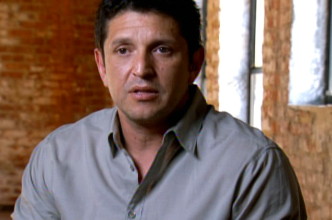 By Chris Williams: Alex Ariza, the former strength coach for Manny Pacquiao (54-5-2, 38 KO’s), is picking Brandon Rios (31-1-1, 23 KO’s) to beat Pacquiao next month in their fight on November 23rd in Macao, China. Ariza is no longer working with Pacquiao after being let go by his trainer Freddie Roach. Ariza is now Rios’s strength & conditioning coach, and he’s seen enough of him in training to predict that he’ll beat the soon to be 35-year-old Pacquiao.

Ariza said this to esnewsreporting when asked if Rios will beat Pacquiao: “Yes, I do. I see Brandon Rios beating Manny Pacquiao.”

Another knockout loss for Pacquiao will be a crushing blow to his career. You can explain away his loss to Tim Bradley last year as a controversial decision, but you can’t ignore it if Pacquiao gets knocked out by Rios. That would mean that he’s been knocked out in his last two fights, and it would be a pretty good indication that he should hang up the gloves before he gets seriously hurt.

Getting knocked out cold by Marquez was bad, but to get knocked out for a second time in back to back fights, that’s something you can’t ignore. I would like to think that Roach would have that long retirement talk with Pacquiao that Roach has talked about doing once he feels that Pacquiao can no longer fight at a high level.

Bob Arum of Top Rank should have put Pacquiao in with a light puncher in his first fight after his KO loss to Juan Manuel Marquez instead of having him fight Rios. This is the type of opponent that Rios does really well against. Pacquiao is kind of similar to past Rios victim Miguel Acosta, and Rios is going to be really eager to test Pacquiao’s chin when he gets in there to face him next month. I wouldn’t be surprised if Pacquiao caves in quickly from Rios’s hard shots.

Pacquiao is reportedly already at 145 lbs. for their fight, and looking in good shape. However, that’s outward appearances. It doesn’t tell you what’s going on inside Pacquiao’s brain from his KO loss to Marquez. If thinks aren’t back to normal for him, then we could see him knocked out in a brutal fashion by Rios on November 23rd.

« Provodnikov will make Alvarado fight him

Robert Stieglitz vs. Isaac Ekpo this Saturday in Germany »