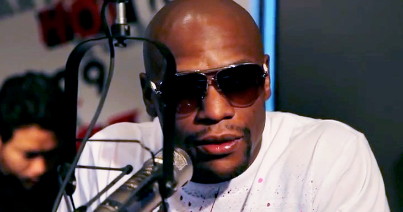 Mayweather will face a formidable adversary, but he is used to the challenge. What will he have to do to be successful against Alvarez? Essentially, he has to continue to do what he always does. The following game plan will lead to another Mayweather victory.

This was “Canelo’s” strong suit for the majority of his career; however, “Money” will have to swing the pendulum to his side in this bout. In the Austin Trout fight, Trout hit “Canelo” with a counter left hook to the body midway through the third round. Alvarez winced a bit and didn’t throw anything for the rest of the round.

Mayweather will have to work the body early, similar to what he did against Zab Judah. He can significantly limit “Canelo’s” activity by doing so, and this will be a wrinkle Alvarez may not be prepared to iron out. He has to chop this tree down from the bottom to get it to fall.

Use footwork near the ropes

In the first third of the Trout fight, Alvarez would be prepared to throw when Trout had his back near the ropes, but Trout would use his footwork to sidestep and turn so “Canelo” would have his back to the ropes. This caused Alvarez not to throw, reload, and adjust his footwork while also leaving his opponent in position to strike.

If Trout was able to do this, Mayweather will have an easier time doing this than beating a paraplegic in a foot race. This move will also set up counter-punching opportunities. Alvarez does not have the best footwork, so making him adjust in this department will frustrate him. “Money” was able to aggravate and turn Robert Guerrero his previous fight as well.

A well-timed jab can keep Alvarez at bay and limit his chances for combinations. Similar to how “Money” diced up Juan Manuel Marquez like a blood-thirsty butcher with a samurai sword with his jab, he can do the same with the jab in this fight. This will also set up the straight right hand and control the distance. Trout was able to keep “Canelo” from throwing body punches by staying active with the jab.

Press the fight in the second half

Taking the fight to Alvarez in the second half will be an adjustment for him. “Canelo,” like Mayweather, likes to fight at his own pace. Forcing “Canelo” to alter his pace may open up occasions to put punches together. Mayweather doesn’t have to throw as much but just take the fight to him like he did in the Shane Mosley bout.  Of course, “Money” has to keep his defense intact while applying this technique.

It will be interesting to see who can make the better adjustments and control the pace. As many boxing enthusiasts know, Mayweather can adjust to anything. We will see September 14.