David Price: Where Next? 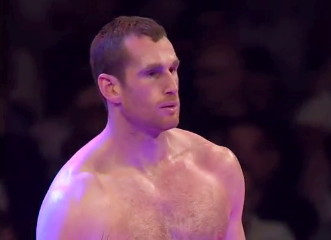 By Bri Slater: Certain things became abundantly clear in the aftermath of David Price’s two encounters with Tony “the Tiger” Thompson. Here are some of the observations I made:

*Price does not utilize his god-given attributes, such as incredible reach, power and a decent array of punches.

*Price doesn’t command the centre of the ring against an aggressor, and this is a huge problem as he cannot fight on the back foot.

*As a consequence of boxing on the back foot, Price expends an unnecessarily high amount of energy backing up and avoiding the aggressor instead standing firm and using a jab and straight right to good effect.

*Price may see sense and employ a new coaching staff, but he also needs to work on his psychology. By that I mean he is not a young rookie, he knows the game, and yet he gives up the centre of the ring to go on the run knowing full well that this will give away his advantages. And despite Price knowing that by backing up and not throwing shots to keep his opponent at bay, he still backs up and this may be because he doesn’t have the courage or the heart to stand his ground and impose his will upon the opponent.

*We all know Tony Thompson is a game heavyweight, and what Price lacks in the mental side of the sport, Thompson has in abundance. Boxing is not all about muscles and athleticism, it is also about having an inner confidence, and a warrior’s attitude. In a similar way to Wladimir Klitschko, Price does not possess the warrior’s spirit, and needs to box more methodically if he is to ever stand a chance in the future. The mantra “hit and don’t get hit” applies to these kinds of boxers more so than the likes of Brandon Rios or Carl Froch.

*Price’s coach at the end of the 4th round was a complete joke. Telling your man to breathe and find his feet over and over isn’t going to help anyone. It was evident by this point that Price was in deep water. It was time to tell Price to stay in the centre of the ring and throw straight punches whenever Thompson comes into range, and don’t back up every time Thompson throws a punch, but use lateral movement and try to counter him instead.

*Where next for Price? Well, the blueprint for beating Price is now common knowledge: be aggressive, get inside his reach and pummel him. However, the same blueprint exists for Wlad Klitschko, and yet nobody has been able to do that for quite some time. So, there is still hope for Price. He seems a little too sensitive for me, and needs to develop some devil in his attitude. A couple of fights at a lower level should ensue, working on how to hit and not get hit against feisty, but limited opponents. Perhaps he could work less on his muscles and more on his inside game, just in case, and he should certainly work on his stamina… or at least how to navigate the ring without running around like a 2 ton elephant.

*There is still hope for Price, he is young enough to come again, Wlad had bad losses earlier in his career, and adapted. Price has the potential to adapt, and learn from his and his inept team’s mistakes. As an Englishman, I look forward to price coming back and proving the doubters wrong, but isn’t going to happen overnight, and I was very underwhelmed by his performance in the 3rd, 4th and 5th rounds.

Tony Thompson: I want that big bum [Fury]; I need his ranking »