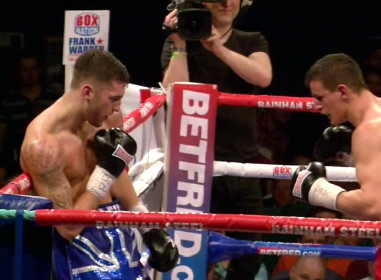 The South Wales Argus is saying that the unbeaten 30-year-old Kovalev, #4 IBF, #5 WBC, #6 WBO, #8 WBA, is the guy that Cleverly will likely be facing. But for Cleverly to face Kovalev in August, Kovalev will have to get through his fight tonight against contender Cornelius White (21-1, 16 KO’s) in one piece in their fight at the Sands Casino Resort, in Bethlehem, Pennsylvania, USA.

If Kovalev can get through this fight with a victory and without suffering any injuries of sorts, then he could very well be the next opponent for Cleverly.

This would be a welcome departure from the fodder that Cleverly has been facing thus far as the World Boxing Organization champion. I mean, he’s been facing a lot of weak punchers and/or flawed fighters.

The only guy that Cleverly has fought that had any kind of power during his time as the WBO 175 lb. champion is Tony Bellew, who almost beat Cleverly in October of 2011. Cleverly won the fight by a 12 round majority draw, but he looked like he was on his way to losing up until the last three rounds when Bellew ran out of gas.

Kovalev recently knocked out Gabriel Campillo in three rounds in his last fight in January of this year. That’s the only name on Kovalev’s resume that’s recognizable to me. The rest of the guys are mostly 2nd and 3rd tier fighters and no one of real quality. Tonight’s fight against White should be a good test of how good Kovalev is because White is a pretty good fighter with wins over Yordanis Despaigne, Dmitry Sukhotsky and Otis Griffin.

« Mayweather vs. Canelo: Boxer vs. Fighter