The importance of character in boxing 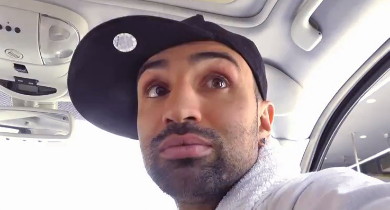 By Johnny Jobbler Character is the springboard for success in boxing. Every great boxer down the years has had great character and charisma. From Sugar Ray Robinson to Floyd Mayweather, Muhammad Ali to Roy Jones Jr all have had bundles of charisma to match their abundant pool of talent.

Even the average boxers with charisma seem to do well for themselves. Paulie Malignaggi is a great example. Although being a cut below top class, Malignaggi has consistently found himself launched into big fight after big fight. Ricky Hatton, Amir Khan, Miguel Cotto are all household names who have shared a ring with “the magician”.

Without doubt it is his ability to promote himself and talk a great fight that keeps landing Malignaggi big fights. The carbon copy of Malignaggi in terms of character is Juan Manuel Marquez. A very humble and well-mannered man, Marquez had the complete respect and adoration of the boxing public. However, his lack of a celebrity lifestyle has held him back. In my opinion, were Marquez to be more charismatic and brash, he would have attracted a lot more fans. Granted it also would have gained him a lot more enemies. The two shackles that hold Marquez back and stop him becoming a major star on the lines of Mayweather and Pacquiao, are normality and respect. The talent is certainly there.

Adding further weight to my theory is visible when you compare Adrien Broner and Gennady Golovkin’s ascension in the sport. While both are extremely talented and are arguably the best in their respective weight classes, they have enjoyed different routes to the top. Golovkin has slipped under the radar in his rise to the top somewhat. Despite displaying a fan friendly ferocious way of fighting, the knockout artist is not known all that well among casual boxing fans. Golovkin has fought the better opposition in my opinion than Broner, yet Broner is the one everyone is talking about. This is down to one thing, character. Broner has it in abundance, meanwhile Golovkin goes about his job respectfully and professionally. I believe it is Broner’s antics and brash nature that have ensured he is now known among casual fans, although his talent can not be disputed.

In conclusion, I am not trying to suggest that fighters should have no respect and should trash talk like WWE stars. In fact, I believe the casual boxing fans need to start doing a bit of research and not just rely on mainstream media to get their info. This would ensure that boxers of all shapes and sizes gain exposure and boxers will be famous for their skills rather than their mouths. That is the way it should be.

« Canelo could pick up WBA strap in Panama

Matthysse vs Peterson: The Victor needs an Iron Will »