Canelo: I will be the first to beat Mayweather 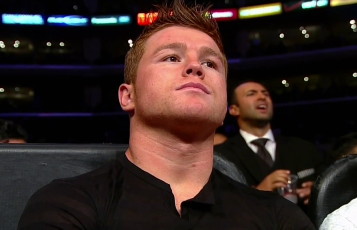 By Allan Fox: WBA/WBC junior middleweight champion Saul “Canelo” Alvarez (42-0-1, 30 KO’s) and WBC welterweight champion Floyd Mayweather Jr. (44-0, 26 KO’s) have both agreed on a fight on September 14th at a catch-weight of 152 pounds at the MGM Grand in Las Vegas, Nevada.

The fight will be televised on Showtime/CBS and it promises to be the biggest boxing PPV event of the year by far, although it’s not likely big enough to eclipse the PPV all time record of 2.4 million buys between Mayweather and Oscar De La Hoya in 2007.

Canelo isn’t as popular as De La Hoya was back then, so it’s going to be a fight that will likely result in a figure close to the 1.5 million mark in terms of overall PPV buys.

Canelo is already predicting a victory, saying “I will be the first to beat Floyd Mayweather,” as quoted by Dan Rafael.

This is a difficult fight to predict because there are so many things that could tip the fight either way. Mayweather is the faster, more experienced and the better skilled fighter. He’s more agile and he has the better stamina by far.

Canelo is just a really heavy fighter for the weight class, and is like the Julio Cesar Chavez Jr. of the 154 lb. division with the way that he balloons up in weight after rehydrating after weigh-ins.

Mayweather is getting up there in age at 36, and he’s not the fighter he was four years ago. He’s still very good but he’s not as quick on his feet as he once was, and that could help Canelo catch up to him enough to land enough shots to win the fight.

If both fighters land around the same amount of shots, the judges will likely favor Canelo with a decision because he’s going to have a big power advantage in this fight because he’s simply the much heavier fighter and stronger puncher by nature.

If you watch Canelo workout, he looks like a middleweight and he’s got middleweight like power. Mayweather isn’t a big puncher even welterweight standards. He could have some problems with Canelo’s power in this fight if he gets hit too much.