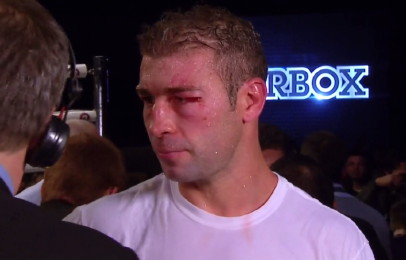 The injury is bad enough to make it necessary for him to postpone his fight with Pascal until a later date. Bute injured his left hand while training for his fight against Pascal at the Bell Centre in Montreal, Canada.

I can’t even imagine this being the main event because it’s such a bad fight. I think they’re going to have to cancel the entire card if they don’t want a ghost town on May 25th at the Bell Centre.

The Froch-Kessler fight will likely be still shown on HBO on May 25th, but it’s not nearly as interesting without the Bute vs. Pascal fight to go along with it.

The Froch vs. Kessler co-feature has super middleweight contender George Groves facing Noe Gonzalez Alcoba in a terrible mismatch, and there’s no way HBO would want to televise that fight to the U.S fans, at least I hope not.

That’s a god awful mismatch and I still can’t believe it’s the co-feature for this career. I see that fight as not even being worthy as the first fight of the card. In addition to that, the Froch-Kessler fight will have a rematch between Tony Bellew and Isaac Chilemba.