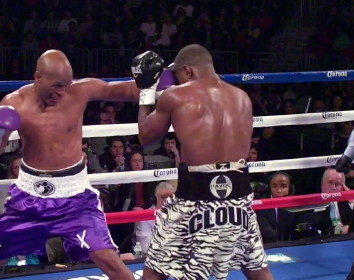 By Ed James: Bernard Hopkins became the IBF light heavyweight champion at the age of 48 on Saturday night. After the fight, B-Hop didn’t even give himself chance to exit the ring and attend a press conference before saying who he isn’t fighting next. He told Andre Ward that he will never fight him. I don’t intend to be critical of Bernard Hopkins, he has done brilliant things in boxing, but what would become of boxing if world champions list the fighters they don’t want to fight next when they win (or successfully defend) a belt?

On the other hand, you have to respect Bernard’s honesty. Most boxers these days seem to make excuses if they don’t want to fight a particular opponent. Floyd Mayweather didn’t fight Manny Pacquiao because apparently they couldn’t agree on random drug testing. The money undoubtedly also played a part (we are talking about “Money Mayweather” after all, who apparently turned down $100 million for the fight).

I’m not saying that Floyd didn’t want to fight Manny (or vice versa), but merely demonstrating how boxers can have their excuses to not make a fight happen. It seems like this is happening more and more in boxing, where champions pick who to fight next. And for this reason, boxing rarely gives fans the fights they want to see.

It almost feels like Bernard Hopkins is excused from saying who he doesn’t want to fight because of his age. I don’t know, maybe Hopkins and Ward are good friends, and that is possibly the reason why Hopkins made it clear that a fight between him and Ward will never happen.

« Bradley-Provodnikov: “Desert Storm” returns to the ring on Saturday on HBO