Ward: Lucian Bute needs to come out of his hometown and fight some A level guys to earn a shot against me 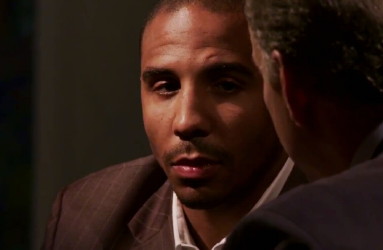 By Scott Gilfoid: WBA/WBC super middleweight champion Andre Ward (25-0, 13 KO’s) laid down the roadmap to his door to IBF super middleweight champion Lucian Bute (29-0, 24 KO’s) if he wants to earn a shot against him by telling the 31-year-old Bute he needs to get off his back and fight some A level fighters for a change and come out of the safety of his own hometown to fight them if he really wants to earn a shot.

Here’s what Ward said to eastsideboxing.com’s On The Ropes Boxing Radio Program yesterday: “He needs to beat one or two A level guys, and even come out of his hometown and do it to get a shot.”

Ward went on to say that Bute needs to fight the multi-talented Andre Dirrell, and at least one other talented fighter to get a shot at him. But more importantly, Ward explained his reasons why Bute needs to do this by saying “Those are the kinds of guys I think he needs to beat and then I think the fight would be even bigger, and I think he would warrant a shot at some of the big belts we have.”

I totally agree with you, Mr. Ward. Bute needs to get off of his backside and finally someone that isn’t in flatline for a change and try to make a name for himself. If his promoters weren’t wise enough to see how Bute has been stunted in terms of building a worldwide fan base with his soft matchmaking against obscure opposition that few people have even heard or care about, then it’s your job to tell him what time it is to teach him what he’s got to do to build enough of a name to be worth your time, patience and efforts.

I was kind of disgusted when I took a quick glance at Bute’s resume. Besides all the non-names I saw and the old timers that Bute has feasted on, I couldn’t help but notice that Bute has been fighting at home for a solid seven year straight 2004.

Can you believe that? The last time Bute went out of his year to fight in anther fighters hometown was way back in 2004 against someone named Norman Johnson (4-12-1).

As you can see it wasn’t exactly a risky fight for Bute, was it? He fought a journeyman with a losing record the last time he fought outside of his hometown. And you wonder why Bute hasn’t built a name for himself?

If it were up to me, I would tell Bute that he has to fight and beat both Dirrell brothers, Mikkel Kessler and Carl Froch before he could get a shot against me. I wouldn’t be giving any handouts to Bute for the easy ride he’s had for the past eight years. Bute is like Canada’s version of Julio Cesar Chavez Jr.

« Martinez-Macklin on 3/17: Easy work for Sergio