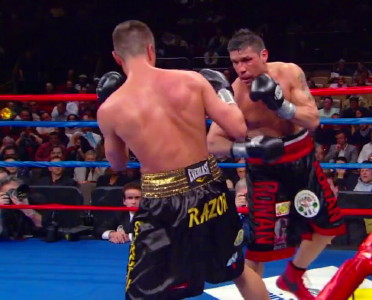 However, they have a larger following because they’ve been fighting in the U.S for quite some time, while Martinez has fought much of his career in his native Argentina. It’s only recently in the last couple of years that Martinez has started making a name for himself in the U.S.

In an article at examiner.com, Dibella said “Of course, I’d co-promote if it was in Sergio’s best interest. But Bob doesn’t like to do that, he wants to buy you out and I won’t have that.”

Martinez might be better off trying to get a fight with Floyd Mayweather Jr., a non-Top Rank fighter. Dibella said “Sergio is on record, saying he can get to 150 pounds for Mayweather, but there’s a pretty heavy risk involved for Floyd.”

The general consensus is Mayweather will likely be the one to end up fighting Martinez because Floyd likes challenges and he especially likes to take on fighters that are perceived to be the best fighter in a particular division. In Martinez’s case, he’s the best fighter in two divisions, which makes it even more attractive for Mayweather if he can beat him.