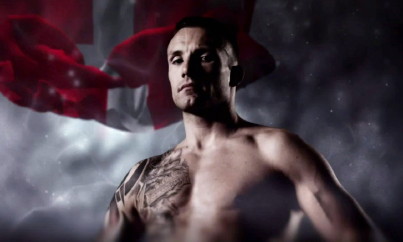 By Scott Gilfoid: Former WBC super middleweight champion Mikkel Kessler (43-2, 32 KO’s) is reportedly looking to face WBO super middleweight champion Robert Stieglitz (39-2, 23 KO’s) in June, as long as Kessler can pass a medical exam for his previously injured eye. Kessler hasn’t fought since schooling Carl Froch last year in April in a Super Six tournament fight. Kessler bowed out of the tournament following that victory due to having injured his eye in losing to American Andre Ward in a one-sided loss in his first fight in the Super Six tournament in 2009.

Kessler should have no problems beating the 29-year-old Stieglitz, because he’s seen as a paper champion and arguably the weakest of the super middleweight champions. Other than the talented Andre Dirrell, Arthur Abraham and James DeGale, the WBO’s contenders are mostly soft challengers and ones that Kessler could beat fighting even with only one eye. Dirrell is still out of action due to suffering an injury in the Super Six tournament. As long as Dirrell’s not around, Kessler should be okay. Froch is itching for another beating, so that’s always an option for Kessler if he wants a nice payday. The rematch would sell well in Germany, as long Kessler could get Froch to go there. My guess is by the time Froch gets destroyed by either Glen Johnson or Andre Ward, Froch won’t be in the position try and dictate where a rematch with Kessler will take place. He’ll have to take what he can get at that point. But first things first. Kessler needs to get Stieglitz out of the way and then move on to bigger and better things.

The Desert Storm vs. Alexander the Great »