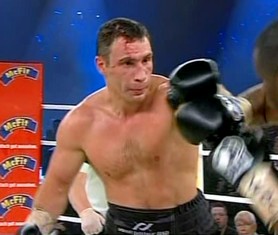 In an interview at Rp-online.de, Sauerland said “As a promoter and as a boxing fans, I’m saying this fight [Klitschko-Valuev] needs to happen. A fight between those two has so many advantages for all parties, that a solution is surely findable.”

Klitschko, 38, and Valuev reached a sticking point in their negotiations recently when Valuev’s co-promoter Don King wanted $4 million for Valuev. Klitschko and his management team initially offered $1 million and then eventually upped it to $2.5 million, but thus far that’s not the number Valuev’s team is looking for. The interest in this fight is high in Europe, where both Valuev and Klitschko are popular.

Valuev, 36, looked slow in both of those fights, and not as good as he once was when he first captured the WBA heavyweight title five years ago in December 2005 with a 12 round decision win over John Ruiz. Neither Klitschko nor Valuev have any big money opponents available for the time being. It would seem that the best fight that can be made at this time is against each other.

Klitschko has a potential fight coming up later in 2010, but he has to wait for the outcome of the David Haye vs. Ruiz fight in April. If Haye wins that fight, it will lead to what likely will be an exciting fight between him and Klitschko if Haye decides to take the fight with Klitschko.

Haye already backed out on a fight against Vitali once before, so there’s no guarantee that Haye will want to fight Klitschko in the future, even though he’s been name dropping Klitschko’s name for the past two years since he first moved up to the heavyweight division. Talking and fighting are two different things, and as of yet, Haye hasn’t taken the plunge for a fight against Klitschko.

For the Klitschko-Valuev fight to move ahead, the Klitschko team will probably have to sweeten the deal by offering a little more money above the previous offer. Hopefully, Valuev’s promoters aren’t holding out for the $4 million that they originally asked for because it doesn’t look like Klitschko and his management team is going to give them what they want.