Though Not Headliners, Wilder and Lara Are Worth Our Attention 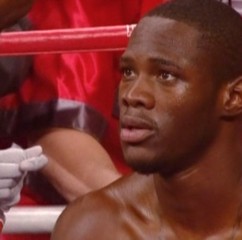 By Brock Kaiser: It has been said that boxing, perhaps more than any other sport, separates those with the talent and heart to succeed with others whose ability (or lack there of) is based purely on hype, as hype can only take you so far before having to prove it in the ring.

In addition to being one of the most controversial and popular figures in boxing history, McCoy is also a member of Boxing’s Hall of Fame. Among his many accomplishments (both dubious, such as being married eight times to six different women and being convicted for manslaughter, and otherwise, such as winning the world middleweight title in 1897) he is the alleged architect of the “corkscrew” punch. Only slightly favored by him over pointing wildly into the crowd in the hope his opponent would turn his back to him before unleashing a barrage of punches, the punch apparently had no equal in causing damage. It was accomplished by twisting his fist upon hitting an opponent and tearing away at his skin.

One of the more interesting facts of McCoy’s career is that he was allegedly one of the players in the origin of a famous saying. A lesser-known boxer with whom McCoy shared surnames with at the time had fought a few days earlier of him when he took on and beat Joe Choynski in San Francisco. This confusion prompted the now-famous newspaper headline, “Choynski is Beaten by the Real McCoy”.

Proof that boxing fans have always been on the lookout for the real thing.

Understanding this, on June 26, at Tucson, Ariz. ESPN’s Friday Night Fights will showcase the talent of Daniel Jacobs, an exciting and quickly rising contender in the middleweight division as he takes on George Walton (who some might remember from the documentary, “On the Ropes”). Jacobs is by far the headliner of the card and many in the sport have anointed him as being the next “real” thing.

But while ESPN’s focus will justifiably be on Jacobs, there are two other boxers that deserve our consideration and are examples of often what makes a boxer an actual fighter goes beyond what happens within the confines of the ring and possibly redefines what true sacrifice means.

Deontay Wilder’s past is not an uncommon tale for those that compete in boxing. Wilder lived down to his name as a young boy and got into more than his share of trouble and frequently getting into fights at school. He eventually would channel his energy into athletics where he found focus in both football and basketball (coincidentally, sports that many contend are where many of the potential great heavyweights have recently chosen over boxing).

When Wilder graduated from Tuscaloosa Central High School in 2004, he transitioned into playing basketball for Shelton State Community College with a goal of one day playing football or basketball for the University of Alabama.

But sometimes life mandates sacrifices for us that are not of our own choosing.

Everything would change for Wilder in 2005 with the birth of his daughter, Naieya. Naieya was born with a birth defect called spina bifida, a condition that comprises of the incomplete development of the spinal cord. In addition, In addition, she was born with severely clubbed feet and there was even some question to whether or not she could ever walk or even speak. She would, however, go on to defy those expectations and accomplish both.

The world would soon find out that defying expectations was simply in her genes.

Wilder, now knowing that he had responsibilities that were more important than his goal of playing for the Crimson Tide, quit the basketball team to focus on taking care of his daughter. Seemingly, his athletic career was over.

But while one door was closed for Wilder, another one would soon open.

Wilder’s athletic career was actually just about to begin as a friend from his school had introduced him to a boxing trainer. Three days shy of his 20th birthday, and as a way to provide for his daughter, his boxing career began. And with it, so would the whirlwind.

Incredibly, with only 16 fights on his record Wilder would go on to win the 2007 Golden Gloves, a feat that no other boxer with under 20 bouts had ever accomplished. He would then win the 2007 U.S. Nationals a month later and in August of 2007, he made his way through the Olympic Trials while upsetting many higher ranked boxers along the way.

But while most boxers focus (especially those with the achievements of Wilder’s) is solely on the accountability they have in the ring, Wilder’s focus was shared regarding his daughter. In order to provide for her special needs, he worked two jobs in addition to his boxing training. Days began at 5 a.m. (including weekends) and weren’t done until his post-work training session at his gym. It certainly wasn’t a schedule that most could keep up with.

But then again, most people aren’t fighters.

Wilder would continue to defy the odds and would win the Bronze medal at the 2008 Summer Olympics, the only boxing medal that America would take home in the games. It was a worthy accomplishment that had an importance that didn’t escape Wilder and when he began his professional career he would proudly use the nickname, “The Bronze Bomber”.

Experts will point out that he is raw, and the path to a championship is an arduous one for sure, but boxing fans would be hard-pressed to say Deontay Wilder lacks the necessary character for the journey.

And then sometimes just the simple human need for being free is the motivation for one’s endeavors, but that freedom often comes with a sacrifice. Just ask Erislandy Lara

In the recent surge of Cuban boxers who are making their name in the sport, fighters such as Yuriorkis Gamboa, Odlanier Solis, and Guillermo Rigondeaux have gotten more than their share of fanfare and adulation. But perhaps it’s Erislandy Lara, arguably the least heralded of the group, who just might just turn out to be the best of the bunch.

Lara has all the skills that one would look for in a champion. He’s fast and has power. He is a self-described ring technician who despite his assessment has proven capable of sending his opponent to the mat with any given punch. Having the desirable body type of being long and lean, is already considering coming down in weight in order to compete at what most consider the toughest division in the sport, welterweight. But like all Cuban boxers the price for pursuing success at the professional level comes with a unique sacrifice others don’t have to make, or could even comprehend.

Lara had a brilliant career in Cuba, having won over 300 amateur fights and a gold medal at the 2005 World Amateur Championships. But knowing that his career would forever be hindered by staying in a country that continued to reject his dream of becoming a professional fighter, Lara made a painful choice that meant he would have to leave his family that included his mother, sister, and two sons. He decided he would defect from Cuba.

However, Lara’s first attempted at defection was unsuccessful and he was sent back to Cuba by Brazilian authorities. As a result, Lara was banned from boxing indefinitely in his homeland, leaving him with even fewer options that what he had before. He decided his freedom was too important to be denied and made another attempt to defect.

Armed with only a speedboat and the desire to peruse his happiness, Lara successfully made it to Mexico, but by do he abandoned everything he had known and would begin his own trek to a world championship.

It is a sacrifice that few of us could understand, but perhaps those who climb into the ring and put everything on the line understand that sacrifice better than most.

And so, on Friday, June 26th both Deontay Wilder and Erislandy Lara will continue on an uncertain road, one that has been blazed by many before them with varied success. The dreams they take along their way are ones that can only be achieved through talent, hard work, dedication, and perhaps most of all, sacrifice. But for these two boxers, sacrifice has always been part of the equation.

It is hard not to wish them well.

« Hatton drops Hint of a Comeback