Ibragimov Klitschko: Is This Another Mismatch? 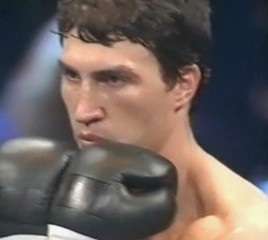 World Boxing Organization Sultan Ibragimov (22-0, 17 KOs) recently started his training camp in preparations for his February 23rd unification match with International Boxing Federation heavyweight champion Wladimir Klitschko (49-3, 44 KOs) at New York’s Madison Square Garden. Ibragimov, 32, is a long shot at winning the bout with the 6’7″ 244 lb Klitschko, with few boxing experts giving him hardly any chance of surviving the fight without being knocked out, much less of actually winning the bout.

Ibragimov, a southpaw, won his WBO title the easy way, beating an asthmatic Shannon Briggs by a lopsided 12-round unanimous decision in June. Ibragimov followed it up with another easy win, this time over 44 year-old Evander Holyfield, a bout in which perhaps should have never been made in the first place due to Holyfield not having faced any top 10 opponents leading up to the fight. Obviously, it was a match made to capitalize on Holyfield’s popular name, enabling Ibragimov to get a good payday without much effort on his part. Despite being much younger than Holyfield, however, Ibragimov fought cautiously for much of the fight, coming inside rarely to throw punches, and treating Holyfield as if he was still a knockout threat.

For a heavyweight champion, it was a disappointing performance by Ibragimov, although it came to no surprise to me, as he lacks both size and power, and has to use technical boxing skills in order to beat the better fighters in the division. Ibragimov’s size, 6’2″ 219 lbs, is perhaps his biggest handicap going into his bout with Klitschko, as he won’t have the reach or the power to contend with the giant Ukrainian. Ibragimov won’t be able to fight on the outside, as he normally does, as Wladimir is perfectly content with jabbing him opponents into submission with his power house jab, which is one of the best in the heavyweight division.

What this means, of course, is that Ibragimov will be forced to use a lot of lateral movement, more than he normally does, while occasionally coming inside quickly to land his short combinations. Ibragimov’s arms are short, meaning that he’ll have to get in closer than a normal 6’2″ fighter would, leaving him vulnerable to Klitschko’s devastating left hook while on the way in. It’s not likely that Ibragimov will be able to get many shots in while on the inside, since Wladimir tends to tie up his opponents when they stray to close to him, something that he didn’t use to until he took up world famous trainer Emanuel Steward as his chief trainer.

Since then, Wladimir has been almost unbeatable, using his jab often, along with his clinching. It’s the same style that former heavyweight champion Lennox Lewis used, another fighter trained by Steward. For Ibragimov, who looked too small against 6’6″ Ray Austin, it will be tough for him to get his punches in on a regular basis without getting hit with a lot of big shots. Unfortunately, Ibragimov isn’t the type of fighter that Wladimir traditionally has problems with, as he lacks the most important ingredient to bother Wladimir – power.

Without power, it’s almost a given that Ibragimov is in for a tremendous beating, and will likely be stopped within the distance. Of course, there’s a chance he’ll be still standing at the end, but that will only happen if he opts to run the entire fight, rarely coming within punching range of Wladimir. Still, Ibragimov will take a lot of punishment from Wladimir’s long jab, and will probably have a badly swelled up face by the end of the fight.

Rees Wants Shot At Hatton: “I Believe I’d Beat Him” »