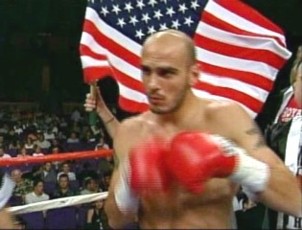 With only two weeks to go before the showdown between unbeaten WBC/WBO middleweight champion Jermain Taylor (27-0, 17 KOs) and his challenger Kelly Pavlik (31-0, 28 KOs), many of the fight predictions on various websites have been pointing the direction of the 25-year old Pavlik winning the fight against Taylor, mostly because of Pavlik’s high percentage of knockout wins. In his thirty-one bouts thus far, Pavlik has annihilated almost all of his opponents, even the good ones – Fulgencio Zuniga, Bronko McKart, Jose Luis Zertuche and Edison Miranda – have been easily dispatched almost as quick as the lesser opponents.

Indeed, of the four quality opponents (the rest, unfortunately, have been low B-level fighters) that Pavlik has faced in his career, none of made it beyond the 9th round. In contrast, the 29-year old Taylor often struggled against his top five opponents – William Joppy, Bernard Hopkins, Winky Wright, Kassim Ouma and Cory Spinks – winning four of them and fighting to a draw against Wright.

What would seem to be even more telling, however, is that Taylor was unable to knockout any of them. In fact, he hasn’t a scored a knockout in 2 1/2 years dating back to February 2005 when he stopped Daniel Edouard in the 3rd round. Normally, this would be something that would make me believe that Taylor is going to lose badly, if not be outright stopped by Pavlik. However, in watching Pavlik in action in his last three fights against Pierre, Zertuche and Miranda, I’ve noticed that Pavlik is extraordinarily slow in comparison to Taylor.

In fact, Pavlik has been slower than most of his top opponents, which is something probably escapes the attention of most boxing experts. What has made up for it, however, is the power in Pavlik’s punches and the amount of pressure he puts on his opponents. Yet, Pavlik also has problems with his lack of a jab and his inability to fight at a distance. presumably, you would think that someone with Pavkili’s height – 6’2″ – would be an excellent outside fighter and would tend to use it by jabbing and throwing long distance bombs from the outside. This isn’t the case at all, however. Pavlik throws most of his punches at relatively close quarters, often standing directly one-two feet in front of his opponents where he throws slow – albeit powerful – looping hooks or short uppercuts with stunning effects. Taylor, though, never lets an opponent get that close to him, instead staying on the move and using his incredibly fast jab-right hand to win the fight.

Taylor mostly has problems with fighters with a good jab, like Wright, fast hands (for example, Spinks) or a a dangerous counter puncher, such as Hopkins. Pavlik is none of these, falling into the category of a slow plodder-type fighter, one that Taylor has historically had an easy time beating. Speed always beats power, especially if the fighter with power has no jab and very little boxing ability, as is the case with Pavlik.

Based on all of these factors, I would have to say that Pavlik is going to be in deep trouble on September 29th, and will be badly defeated by Taylor. It’s not that Pavlik will be exposed, mind you, it’s that his style won’t match up well with Taylor’s speed, boxing ability and almost equal size. Pavlik won’t be able to plod his way in against Taylor like he has against slower, less skilled fighters such as Miranda and Zuniga, hence I see Taylor winning this fight by an easy unanimous decision.

Trinidad-Jones: Does Felix Have Enough Left To Beat Roy? »