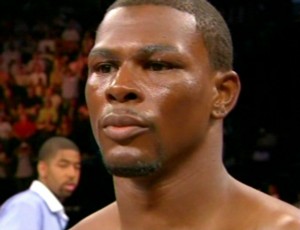 HBO Sports is presenting a thirty-minute special analyzing the upcoming middleweight title fight between reigning champion Jermain Taylor and fast-charging challenger Kelly Pavlik. The highly anticipated 160-pound bout is set for Saturday, September 29th at Boardwalk Hall in Atlantic City and will be carried live on HBO in one of the network’s signature broadcasts of the year. The fight is an intriguing match-up between the division’s most acclaimed competitors.

The special “COUNTDOWN TO TAYLOR-PAVLIK,” which will feature fighter profiles, expert analysis and forecasts for the showdown in Atlantic City, will premiere on Saturday, September 22 at 11:00PM (ET/PT). Jermain Taylor (27-0-1, 17KO’s) of Little Rock, Arkansas, is one of the sport’s most accomplished stars. Two years ago he upset reigning middleweight champion Bernard Hopkins to take his place atop the 160-pound division. Kelly Pavlik (31-0, 28KO’s) of Youngstown, Ohio, is a fast -rising power puncher who is hoping to replace Taylor as the division’s top act.

The countdown special will also be available to HBO ON DEMAND subscribers 24 hours a day from Monday, September 24th thru Monday, October 8th.

Jermain Taylor has been enjoying the peace and quiet he’s finding in the mountains of Pennsylvania, where he’s training for his September 29th title defense against Kelly Pavlik at Borardwalk Hall in Atlantic City, New Jersey. But what has Taylor (27-0-1, 17 KO’s) most excited is the prospect of a slugfest with hard-hitting Kelly Pavlik. Taylor relishes the opportunity to swap power shots with the top-ranked contender in his showdown.

The bout which is being billed as “Throwback” is being promoted by DiBella Entertainment, in association with Top Rank Inc. “From a style standpoint, my last couple of fights were wrong for me, but they were fighters who stepped up to the plate,” Taylor said.

“Kelly Pavlik is a fighter , just like me. He comes to fight, no running, no holding. It’s about time. People are going to be surprised by what they see on September 29th. I’m expecting a lot of fireworks in the ring with Kelly Pavlik. This is my kind of fight.”

Taylor has been training in the Pocono Mountain resort that trainer Emanuel Steward has used to prepare so many fighters. Taylor has trained for many of his fights in Miami, Florida and recently Memphis, Tennessee which is only a few hours from his home in Little Rock, Arkansas. It’s quiet and peaceful in the Poconos and that’s to Taylor’s liking.

“Miami and Memphis were OK, but this is the kind of place where you can really train, focus and prepare yourself,” Taylor said. “I like this atmosphere for training. There is nothing to do here but train, think boxing, go fishing and train some more. That’s it. And that’s good.”

Kelly Pavlik who was in a brutal slugfest with Edison Miranda on May 19th in Memphis, has earned a shot at Jermain’s title. It’s the type of fight Taylor hopes he’ll get when the two face off in Atlantic City on September 29th.

“I hope he chooses to fight me that way, but whatever he does, I know I’m going to win,” Taylor said. “Slug, box. It don’t make no difference. The outcome will be the same. Miranda didn’t have all the talent people thought he had. I knew he was just all mouth. I know Pavlik is strong, but I know I am stronger than him.”