Calzaghe-Kessler: What Does Joe Do If He Loses? 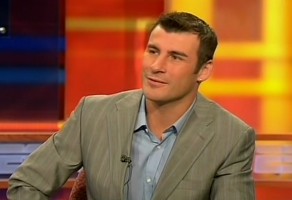 As WBO super middleweight champion Joe Calzaghe (43-0, 32 KOs) and WBC/WBA super middleweight title holder Mikkel Kessler (39-0, 29 KOs) prepare for their November 3rd showdown at the Millennium Stadium, in Cardiff, Wales, a lot of talk has been made about Calzaghe’s future plans after the bout. Specifically, Calzaghe, 35, has made frequent references about his desire to move either take on the winner of WBO/WBC middleweight champion Jermain Taylor and challenger Kelly Pavlik.

Calzaghe has also mentioned on a number of occasions that he’d also like to fight Bernard Hopkins, considered to be one of the best (read: fighter most likely to bring in a big payday for Calzaghe) in the light heavyweight division. Hopkins, however, would be Calzaghe’s second choice, if his plans for a bout with either Pavlik or Taylor don’t pan out like he plans for it to.

That being said, my question is: has Calzaghe considered that he may, in fact, lose to Kessler, hence any possible future bouts with Taylor, Pavlik or Hopkins, would essentially have to be scraped for lack of interest. There may be a few diehard British fans that would enjoy seeing Calzaghe fight, no matter how badly he loses to Kessler. However, I can’t say the same for the American fans, many of which are particular about who they watch, especially if it means having to dish out $49.99 to watch it on PPV – an almost certainty for a bout between Calzaghe and any of the three Americans mentioned above.

I’m not so certain that Calzaghe would be in demand if he loses the fight with Kessler, especially if he loses badly. Let me be clear: I don’t think Calzaghe is going to be able to beat the young, 28-year old Kessler. I mean, I think Calzaghe may be competitive in the early rounds of the fight, but once the fight goes beyond the six rounds, I see him taking a methodical beating from Kessler.

So what happens after Calzaghe loses? Well, I think his dreams of a fight with the Americans are off the table, that’s number #1. Number # 2, I don’t think he’s going to have any other options besides staying in the super middleweight division where he can try to rebuild his image. Unfortunately, he’ll find out that at 35, he no longer has the time or the skills to beat the top fighters in the super middleweight division.