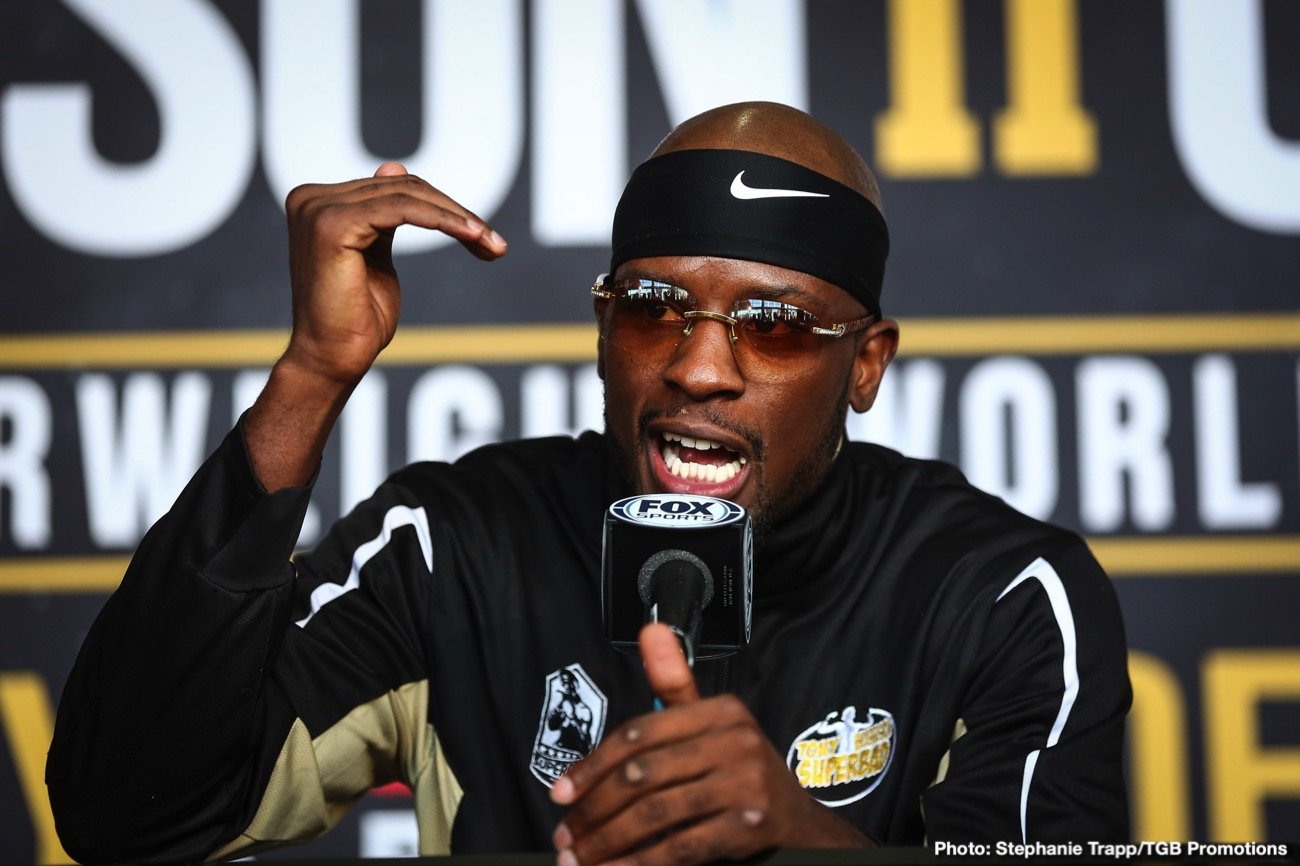 Instead of Spence concentrating on his next opponent Keith Thurman or the duck that got away, Terence Crawford, he’s talking about betting money on Tszyu vs. Harrison.

Tszyu isn’t the greatest fighter in the world, obviously, but he’s facing a guy who has been mostly inactive for the last four years in Harrison. It’s unclear what Harrison has been doing with his life that has kept him out of the ring most of the time, but it suggests that he’s got other interests.

With that said, Spence is among many that predict a win for Harrison (29-3-1, 21 KOs). Tszyu’s lackluster performance against Terrell Gausha last March has led to fans viewing him as just another hype job, a fighter that is taking advantage of having a famous dad.

For the boxing fans that are picking the younger, stronger 28-year-old Tszyu to win, they have several good reasons.

Harrison has looked below average since losing his WBC 154-lb title to Jermell Charlo in their rematch in December 2019.

Since that fight, the 32-year-old Harrison has fought just twice, being held to a 12 round draw against Bryant Perrella in April 2021, and beating Sergio Garcia by a 10 round unanimous decision last April.

To top it off, Harrison has shown weakness when facing big punchers, suffering knockouts to Jermell, Jarrett Hurd, and Willie Nelson. Unless the Detroit native Harrison’s chin has improved in the last four years since his last KO defeat, there’s a good chance he gets stopped by Tszyu.

The combination of Harrison’s ahead inactivity, age, weak opposition and fragile chin could be his undoing against Tszyu.

“See I know they thought they was catching me late notice, but to me, the notice was too late I’m a real fighter and stay working for calls like this!!!!” said Tony Harrison on Instagram, talking about Tim Tszyu.

Video: Did Lennox Lewis Have a Glass Jaw? »