By Chris Williams: Jermell Charlo fired back today on social media in reaction to Terence Crawford bad-mouthing him in an interview with Brian Custer.

Crawford was giving undisputed junior middleweight champion Jermell some lip, saying that he’s not on his level and that he’s “jealous” of him for some reason.

Charlo (35-1-1, 19 KOs) got Crawford all worked up by saying he needs to humble himself and accept his B-side role for a fight against IBF, WBA & WBC welterweight champion Errol Spence Jr by for the first fight.

Instead of Crawford being thankful for the pearls of wisdom that Jermell gave him, he gave him some back talk.

The thing is, Jermell was 100% right about Crawford needing to accept his b-side position when approaching the more popular three-bell 147-lb champion Spence.  Bud isn’t in the position to be trying to negotiate on equal terms.

Now Crawford went and blew it, likely permanently, by bailing on the negotiations with Spence to face David Avanesyan instead. There’s no turning back now. That bridge to a fight with Spence has been burned down with that move by Crawford. 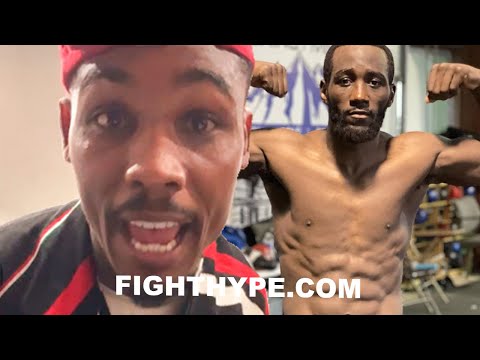 “I don’t stay out of the boxing ring for too long. I stay in shape,” said Jermell Charlo on social media. “Crawford is jealous because he ain’t got no money. Crawford is all over the place.

“As a matter of fact, we from Texas are making Crawford popular. Shout out to the Charlo twins and Errol Spence for making Crawford noticeable in boxing because the mother f***er hasn’t fought in how long [November 2021].

“I don’t know how y’all still got him on pound-for-pound, but I guess he won some undisputed title when he was at 140, but it’s a whole another level when you take a notch up.

“It doesn’t matter what you feeling. This is me. Don’t get mad at me for being who I am.

“I love fashion, and I’m into everything. Thank God I got a world outside of boxing, and I’m excited about what’s going on.

“Jermell Charlo’s got to understand – he’s undisputed, but he’s not on my level, nor Errol Spence’s level. That makes him mad and jealous. He feels like he’s supposed to be at the top echelon, but he’s not… I’d beat his a** any day, easy,” said Terence Crawford to the Last Stand Podcast.