By Dan Ambrose: Two-time Olympic Cuban gold medalist Robeisy Ramirez and his opponent Jose Matias Romero are ready to do battle this Saturday night in their co-feature bout on the Vasyl Lomachenko vs. Jermaine Ortiz card on ESPN at Madison Square Garden in New York.

The 28-year-old Robeisy (10-1, 6 KOs) is known as the fighter that made Shakur Stevenson cry in the 2016 Olympics after using his high-pressure style to defeat the highly skilled American for the gold medal match.

On Saturday night, the featherweight Robeisy will take an important step forward with his career by taking on the tough Argentinian Jose Matias Romero (26-2, 9 KOs) in a 10-round chief support bout.

Robeisy is ranked #3 WBO, #5 IBF, #7 WBC, #8 WBA at featherweight. He’s going to need a couple of more solid wins under his belt before he’ll be in a position to challenge for a world title at 126.

As it is, Robeisy has the talent to defeat all of the current champions in the featherweight division if given the chance, but his earlier four round split decision loss to little-known Adam Gonzales in 2019 has slowed his progress to the top.

Although Robeisy avenged the defeat by beating Gonzales by a lopsided six round unanimous decision in 2020, it still looked bad that he was beaten by a fighter that isn’t ranked in the top tier.

However, Ramero’s loss to Rivera was a one-sided affair, with him losing a 10 round unanimous decision by the scores 100-90 x 3. It would be a huge statement if Robeisy could score a knockout over Romero, as he’s not been stopped thus far in his career. 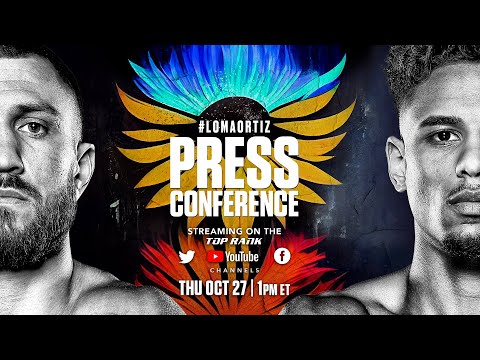 Robeisy is coming off a fifth round knockout win over Abraham Nova last June. That fight was supposed to be a difficult one for Robeisy, but he made it look easy, stopping the heavy-handed Nova.

“It’s no secret that Madison Square Garden is a mystical arena, but what brings out the best in me is the ring, not the place,” said Robeisy Ramirez in today’s press conference in New York.

“I said it, thinking about a world championship opportunity, and that’s where the train is heading towards a world title,” said Robeisy.

“I like to do my talking in the ring, but I’m coming very well prepared, and I think they’re underestimating me. I have a very good team around me; I’m always in the gym, always training.

“It was no big surprise. I was looking for an opportunity in the USA, and when the opportunity was offered at the MSG, I just took it. I’ll be ready,” said Romero.


« Vasyl Lomachenko vs. Jamaine Ortiz – face off ahead of Saturday’s fight on ESPN