We saw what happened to Andrade when he attempted to politely ask Canelo for a fight at his post-fight press conference after his win over Billy Joe Saunders.

Canelo told Andrade that he was a “horrible fighter” and then told him to get out. Sadly, Canelo stripped Andrade of his dignity with the way he spoke to him. He didn’t have to do that.

I think it’s fair to say that Canelo would need to be dragged kicking & screaming into the ring for a fight against the unbeaten Andrade (31-0, 19 KOs) because he’s not going to ever agree to that match.

It would be a great win for Canelo’s career if he were to win, but his chances of beating the southpaw Andrade are slim & none.

Canelo lacks the confidence to fight Andrade because if he thought he could win, he would have faced him years ago instead of the likes of Avni Yildirim, Billy Joe Saunders, Caleb Plant, and Rocky Fielding.

Unlike many boxing fans, Teofimo was impressed by Canelo’s performance in beating the 40-year-old Golovkin (42-2-1, 37 KOs) by a close 12 round unanimous decision in their trilogy fight at the T-Mobile Arena in Las Vegas.

It was a performance from Canelo (58-2-2, 39 KOS) that left more questions than answers about how much he has left in the tank after his loss to Dmitry Bivol last May.

There was no noticeable improvement in Canelo’s game against Golovkin, and the only reason he won is that GGG was totally shot-looking.

How Canelo fought, he’d likely lose to a half dozen 168-pounders and three 160-pounders.

That would be a massacre of epic proportions in favor of Bivol. It would be far worse next time because Bivol won’t let up on Canelo like he did last time when he was boxing a masterclass.

“Canelo did what he had to do. It was a good win,” said Teofimo Lopez to Fighthype about Canelo Alvarez’s win over a very old-looking Gennadiy Golovkin last Saturday night.

“Unanimous decision, Canelo. Canelo found the pocket really early. The overhand right connected really well. It’s good to have Canelo back on his road to winning. 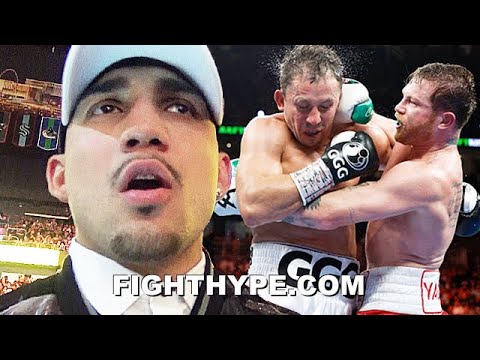