This past Saturday at the Nottingham Arena, Leigh Wood defended his regular WBA featherweight title against Michael Conlan. And this one wound up being a helluva fight.

Conlan was a decorated amateur who won the bronze medal at the 2012 Olympics, and since making his pro debut in March 2017, he was undefeated through his first 16 professional contests. 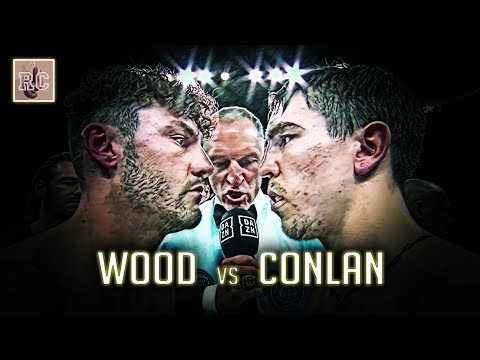 Taking on the regular WBA champion represented a big step up for Conlan. For Wood, this was the first time he put his WBA strap on the line since winning that distinction in July of last year when he defeated Xu Can by 12th round technical knockout.

This one had it all. The classic clash of styles provided for a captivating encounter between two featherweights who displayed tremendous heart and determination in what ultimately amounted to an all out war of attrition. Conlan got off to a fast start when he leveled Wood with a dynamite left early in round 1, and after he appeared to jump out to a nice lead after the first few rounds, Wood slowly but bravely started working his way back into the fight. There were a lot of momentum shifts, a lot of big punches, and a lot of drama along the way, and at the end of the night, Wood battled his way back to a dramatic KO finish in the 12th and final round of the fight.

The knockout itself was a genuinely frightening one to witness, as Conlan helplessly crashed directly through the ropes in dangerous fashion. But fortunately, by all accounts, he is going to be OK. It was a highly entertaining and crowd pleasing match-up, and at the end of the night Wood scored a spectacular knockout after he overcame adversity and persevered.

This edition of Rummy’s Corner will provide a quick recap of the entertaining battle between regular WBA featherweight titlist Leigh Wood and challenger Michael Conlan. Please watch and enjoy the video.