By Colin Cowdery: Roman Gonzalez (50-3 41 Ko’s) is arguably one of the most notable small fighters of his era, the first boxer from Nicaragua to pick up World titles in the four of the lowest weight categories. He brought interest from the u.s into the smaller weight categories.

Roman Gonzalez has a stern test ahead of him, 34 years of age now though and we could see a fighter in decline – I doubt it though as smaller fighters tend to have a higher sell-by date in this sport.

Romans’s last fight was a long-awaited rematch with Juan Francisco Estrada, he won the first match and then lost the second by split decision in a highly competitive match. The decision was met with controversy, many observers and pundits believed Chocolatito had done enough to get his hand raised.

The only other two losses on his resume come against Srisaket Sor Rungvisai, he went into the first fight 46-0 and lost by majority decision which was also met with controversy. In the immediate rematch, he was knocked out in the fourth.

Since these losses, Gonzalez won 4 (3 Ko’s) fights in a row including a win in 2020 against the capable and well-touted Kal Yafai by way of knockout in the 9th round.

By these performances, it seems there is still more left in Roman ‘Chocolatito’ Gonzalez.

Julio Cesar Martinez (18-1 14 KO’s, 2NC’s) is a tough and durable opponent, this has all the variables you need to make a great fight. Most of Julio’s fights have come against fellow Mexicans.

He beat British opponents Andrew Selby and Jay Harris and knockout out Charlie Edwards before it was changed to no contest for a body blow whilst Edwards was already on the floor.

Martinez is currently ranked #1 in the flyweight division and has been offered an opportunity in the division above to prove himself against a previous #1 p4p fighter.

The last fight of Julio Cesar Matinez has me wondering if he is up to this fight or if going down in the first round of his no-contest fight with McWilliams Arroyo was merely the result of being weight drained – maybe we will see a more improved Martinez.

The pair are due to walk into the ring at around 11:30 pm/4:30 am. EST/GMT, maybe sooner depending on the undercard and Eddie Hearn’s DAZN is the home of this fight.

The knockdown suffered by Martinez in his last fight early is a major concern and that is why my prediction is the following. 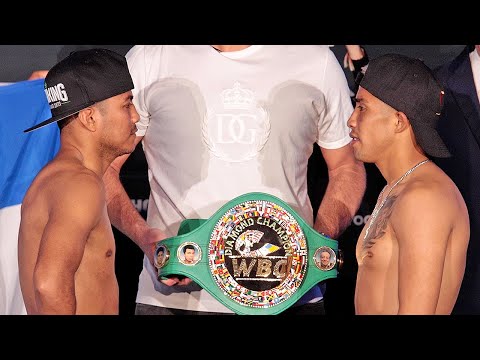 Berlanga vs. Rolls & Zayas vs. LaVallais on March 19th, LIVE on ESPN »