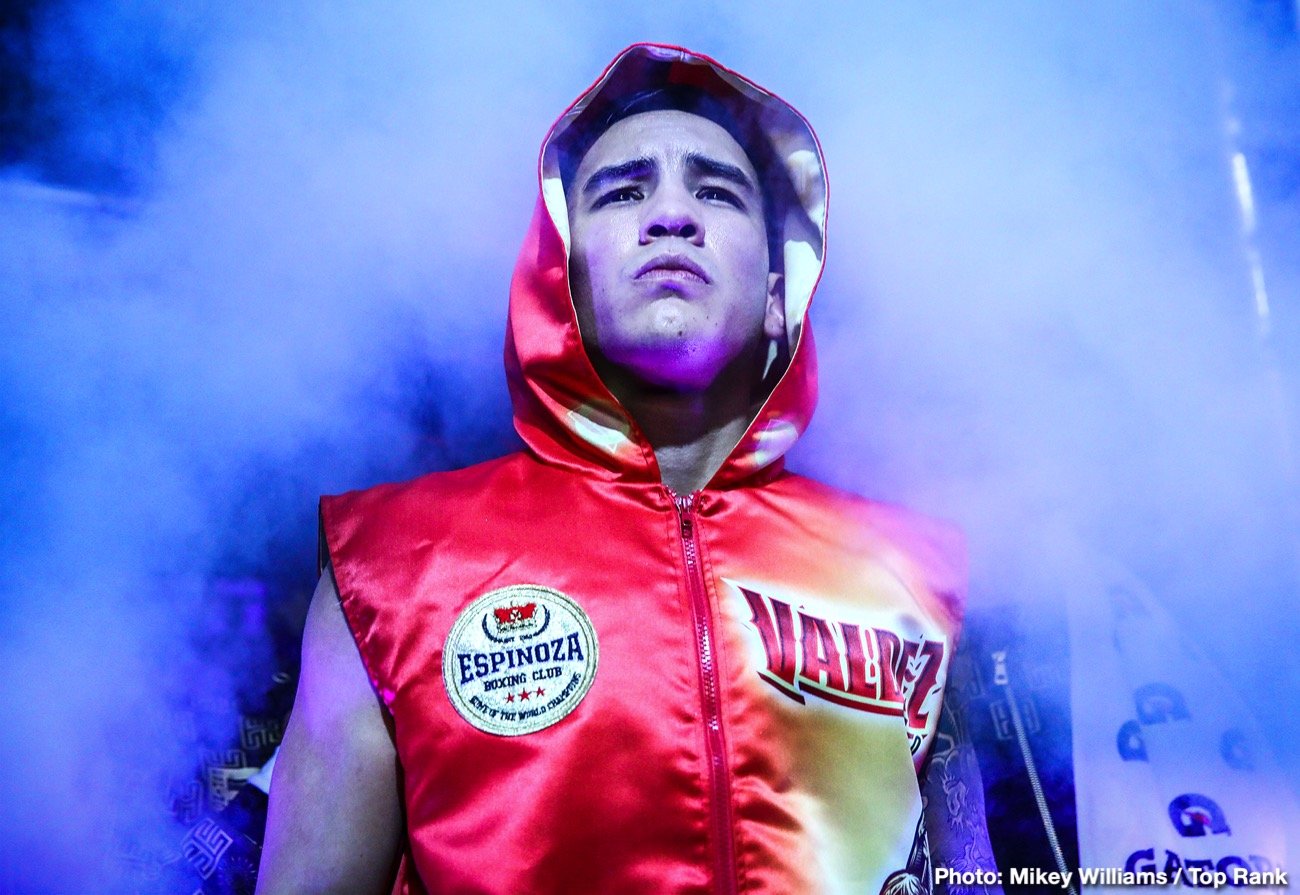 ESPN is reporting the news of the positive test for Valdez, and his September 10th title defense Robson Conceicao could be at risk. Valdez-Conceicao are scheduled to meet in the main event at the Casino Del Sol in Tucson, Arizona.  Top Rank Boxing is promoting the ESPN+ card.

They still have tested the B-sample. However, if Valdez is testing positive because of herbal tea, the B-sample should come up positive too.

If English is correct about the herbal tea containing the phentermine, it should be easy to produce the tea and have it tested to confirm what he’s saying.

The Top Rank promoted Valdez (29-0, 23 KOs) tested hot for the banned phentermine during a Voluntary Anti-Doping Association test. Phentermine is considered a weight-loss drug, which would help a person to make weight if they were struggling.

Valdez reportedly tested positive for trace amounts of phentermine. So if there’s a threshold amount that one must test positive for before it’s considered a failed test, that might be one avenue for Valdez to take to slide out of this.

English, Top Rank, and Pascua Yaqui Tribe Athletic Commission will be holding a Zoom videoconference call on Wednesday to talk about Valdez’s positive test. We should know by tomorrow what direction Valdez vs. Conceicao will take.

“Mr. Valdez had no knowledge that he was taking Phentermine and that we believe at this point it comes from an herbal tea,” said Valdez’s attorney Pat English to ESPN.

“It’s not an herbal tea, the molecular structure of phentermine is not an herbal tea,” said Conte to ESPN. “It’s dog-ate-my-homework stuff. No promoter wants to lose money. This is not in contained supplements. This is designed to help you cut weight. It’s an appetite suppressant which is what you’re doing when you’re cutting weight.

“It’s a prescription-only medication. Does he have a doctor’s prescription? Let’s see it,” said Conte.

Victor continued by saying that phentermine is something that would help an athlete train harder due to it giving them more energy, and assisting with their stamina while helping them lose weight.

The magic question now is will Valdez be given a free pass to be allowed to stay on the September 10th card? If so, what will be the rationale for allowing him?

Will the herbal tea be found that contains the phentermine or will they say that it doesn’t count as a positive test because there were only trace amounts.

Canelo’s lack of mobility will be a problem against Plant »