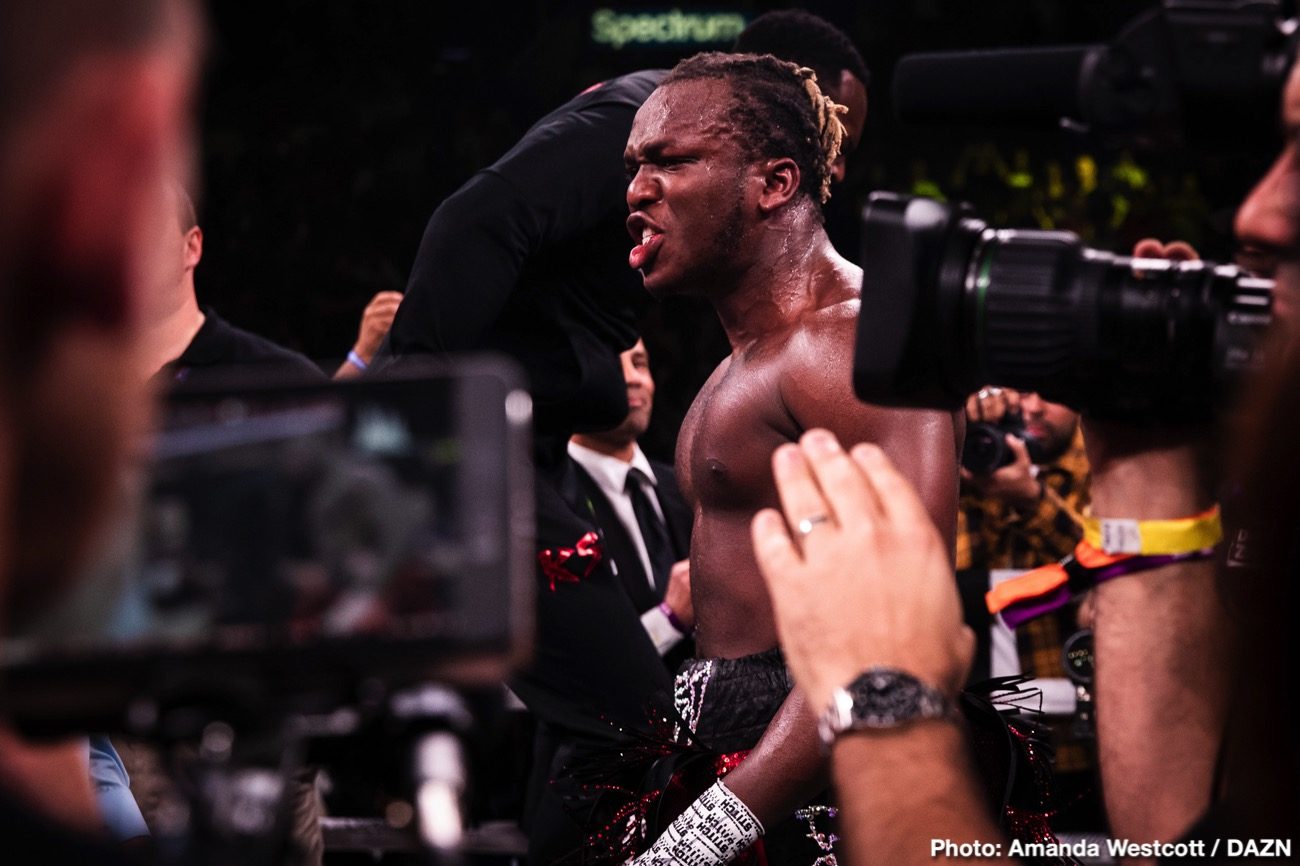 By Charles Brun: YouTuber KSI says he’s not happy that Jake Paul is “still thriving,” and he wants to fight him in a boxing match and knock him out.

That fight was the birth of YouTuber celebrity boxing, more or less. Since then, both KSI and Logan Paul have been inactive inside the ring, while Jake has won several fights as a pro against three non-boxers.

It’s unclear why KSI wants to fight Jake Paul so badly because it’s not as if he’s been keeping his boxing career going since his win over Logan in 2019. The way that KSI looked against Logan, he won’t last long against Jake.

KSI doesn’t possess the boxing skills to deal with a fighter like Jake, and he’ll have problems once he starts eating right hands from the 24-year-old cruiserweight.

Other than the coin and the publicity that KSI can get from fighting Jake, there doesn’t seem to be any reason for the fight. KSI isn’t hurting for money, though. According to Celebrity Net Worth, KSI has a net worth of $15 million.

“I’m going to fight Jake Paul, I want to fight Jake. There’s a part inside of me that feels like I need to f*** him up,” said KSI on social media. “I know he’s going to be harder than Logan, but I’m knocking him out.

“Jake is still thriving and it pisses me off. Soon I will be the one to end this all,” said KSI.

Did KSI expect Jake would lose? Has he been monitoring the type of woeful opposition that Jake has been fighting?

The non-boxers Jake has been fighting:

Last weekend, Jake destroyed an old and badly out of shape former UFC fighter Ben Askren in one round in the main event on Triller PPV in Atlanta.

A day after the fight, Jake boasted that his match with the 36-year-old Askren brought in 1.5 million buys on PPV and generated $65 million.

However, none of that has been confirmed by Triller Fight Club, so we only have Jake as the one claiming these numbers.

Needless to say, this isn’t how pay-per-view results are released. The fighters themselves do not release them because no one would believe them.

As long as KSI is okay with potentially getting knocked out in one round like Askren, Gib, and Robinson all were, he should go all out to try and get the fight with him.

Jake finds himself with many options for fights right now after his match with Askren, and it would arguably be a backward step for him to fight KSI.