By Charles Brun: Dereck Chisora isn’t impressed with Joseph Parker enlisting the help of trainer Andy Lee ahead of their 12-round fight on May 1st at the Manchester Arena in Manchester. England.

Chisora (32-10, 23 KOs) feels that it’s not going to help former WBO heavyweight champion Parker (28-2, 21 KOs) because he’s not going to be magically transformed into a Tyson Fury, which is what he may hoping will happen.

You’d hate to think that Parker will choose to start roughing up Chisora in hopes of getting an edge, albeit an illegal one.

Whether Parker can use the same approach to beat Chisora, 37, is debatable because he’s quite capable of turning the fight into anything goes street brawl by throwing the Marquess of Queensberry rules out the window.

The way that the 29-year-old Parker has looked in his last three fights, it won’t matter what tactics Andy Lee teaches him. Parker can try going old school with the roughing up of Chisora, but it probably won’t work.

In Parker’s fights since 2019, he’s aged a great deal, slowing down and becoming slow on his feet. He’s not the fighter that fought Dillian Whyte and Anthony Joshua in 2018, and even that version of Parker wasn’t good enough to beat either of those guys.

Surprisingly, the older Chisora is fighting at a higher level than Parker right now, and he likely will beat him if he fights the way he did against Junior Fa last February.

“I always said, Andy Lee is a great trainer. He’s got a crunch down. He helped Tyson Fury beat Deontay Wilder,” said Chisora to iFL TV. “He’s [Joseph Parker] training with Tyson Fury in a camp, good luck to them. Is he ever going to be like Tyson Fury? No, he’s not!”

The Parker vs. Chisora contest has HUGE ramifications, as the winner will be in a position to challenge for a world title against the Anthony Joshua vs. Fury fights.

Wilder was trying to fight in a normal manner and was thrown off completely when Fury came out of the blocks throwing rabbit punches one after another.

You can argue that Fury had the fight won after he brained Wilder with a beautiful right-hand rabbit punch in the third round. Wilder’s legs were gone from that point on, and the fight was essentially all downhill for him.

It obviously helped that the referee Kenny Bayless took a hands-off approach, choosing not to police the fouling. 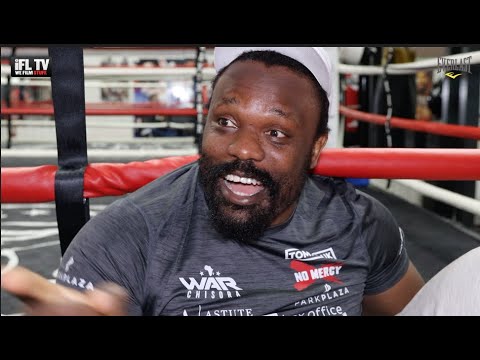 
« Andy Ruiz Jr: I want to be a heavyweight Canelo

Eddie Hearn reacts to Jake Paul vs. Ben Askren: This will become the Norm unless we make big fights »