By Jim Strobridge: Ben Askren isn’t sure why the referee didn’t allow him to continue fighting last Saturday night when he was knocked down by Jake Paul in the first in their Triller pay-per-view clash.

Askren (0-1) says he wasn’t really hurt by the right hand that the unbeaten cruiserweight Paul (3-0, 3 KOs) hit him behind the ear at the Mercedes-Benz Stadium in Atlanta.

He got clipped by a hard right hand that hit him in a spot that messed up his balance. Askren wanted a chance to continue to fight, but the referee wasn’t going to let it happen.

As far as why Askren’s physique looked so fat, he says he was weighing 215 lbs after his hip surgery. That’s when he got picked to fight Jake. Jake’s team took the fight, but they could have selected someone in better shape and not coming off surgery.

Askren admits he was embarrassed losing

“Obviously, I would have liked to have won, but the referee stopped it,” said Askren to ESPN MMA. “I said, ‘are you really sure that’s what you want to do?’  and he said, ‘Yeah.’ I said, ‘I’m fine,’ and then that was it.

“Then I said, ‘I don’t need to be here anymore; I’m out of here.’ No, not at all,” said Askren when asked if he regrets taking the fight. ”

“The only reason I would not have taken the fight actually happened. The ability to have an embarrassing moment, and that’s a terrible reason not to do it.

“I said the reason I took it is that I’m getting paid really well, and it was a fun opportunity.

“I still think it was both of those things. Overall, I really enjoyed myself, and I made a lot of money. Unfortunately, I didn’t get the results I wanted to, but again, I’m going to go back to my everyday life.

“They were both embarrassing, but the Jorge Masvidal obviously meant a lot more to me. This was a fight that had little significance in my life. The Masvidal fight had giant significance.

“If I had won that fight, I was going to fight for the UFC title, which at that point was the only belt that I hadn’t held. As far as an embarrassing standpoint, I think they’re equally embarrassing,” said Askren.

Getting knocked down the way Askren did had to have been a little embarrassing, he didn’t get beaten up, and he was still on his feet at the end.

Ben still not sure if Jake is a good fighter

“As far as the Jake Paul fight, he could be a good fighter,” said Askren. “The answer is we don’t know. Do we want to gamble on this fight? This is the worst fight to gamble on because there are so many unknowns.

“We don’t know anything. Maybe he’s good. I don’t think so. I didn’t defend the overhand right really well, and maybe he does land that punch hard.

“He’s probably going to fight someone that is a significantly better boxer than I am. If he beats them, we’ll see.

“He’s got a good overhand right, and I didn’t defend it well. My guard was too loose, and part of the reason is I fought in MMA for 10 years.

“I wanted them to throw right hands because that’s generally the easiest punch to get a takedown from.

“When they loop the right hand, it’s really easy to get a takedown. So my guard was always significantly open on that side.

“I fought in boxing for 11 weeks, and I fought in Mixed Martial Arts for a decade. So it was kind of a hard habit [loose guard] to break,” Askren said.

There wasn’t enough back and forth action to determine whether Jake is a good fighter or not. What we did see is Jake has a good right hand.

He won’t know if Jake is a good fighter until he starts fighting boxers, and who knows how long he’s going to wait before he finally starts doing that.

“Absolutely,” said Askren when asked if he trained for the fight. “No, I get it. Part of it is my physique looks like s***. You made fun of me when I was 170. 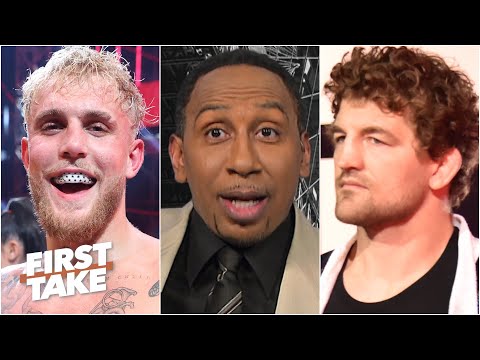 “What do you think is going to happen when you as 20 pounds to that physique? When I first started training, I weighed 215. I hadn’t been working out.

“My hip surgery. I had just been cleared to get back into it. I ended up losing 22 lbs or something like that. I lost a lot of weight.

“If the fight were at 170, I would have said, ‘I can’t get there in that time. It’s impossible because of where I’m starting at.’

“I was retired; this came out of nowhere,” said Askren about being given the offer of the fight with Jake Paul despite being retired and coming off hip surgery. The only thing I focused on during camp was the boxing skill part of it and getting in shape to fight eight rounds hard. That was it.

“That’s human nature, but it definitely didn’t happen,” said Askren when asked if it bothers him that fans think the fight was rigged.

“I got hit. I guess the question I ask those people is, ‘What do I gain by it?’ I told you what I made for this fight; it was a very nice paycheck,” said Askren.

It’s mind-boggling how any fan could conclude that Askren threw the fight when he quickly got up after being dropped by a big right hand. Askren was trying to continue, but the referee wouldn’t let him.

It’s one thing for boxing fans to suspect that Askren had thrown the fight if he hadn’t gotten up, but that wasn’t the situation here. He got back up quickly, but the referee pulled the trigger by stoping the contest.

“I’m also not destitute and poor,” Askren continued. “So what do I gain from that? The answer is nothing. I would lose a lot, and it’s not something that would ever cross my mind.

“I said if the guy is a good boxer, I’m going to lose. There was a certain fear he had around me, and I was starting to think, ‘He’s not very good.’

“Why is he so nervous and worried? Because I’m obviously not a really good boxer. Maybe he’s not very good.

“The vibes he was giving me is that was the case rather than the opposite. I know Dillon Danis said no, and I said yes.

“I laid it out [why Jake Paul chose him]. Popularity, credibility, but you’re still going to try and get the easiest guy you can get,” said Ben Askren.

Oddly, Jake would select a fighter that is retired and coming off hip surgery as his opponent. If there was any doubt on what Jake was looking for, an easy mark that’s now gone with Askren talking about his recent hip surgery.

The referee broke up the action on the inside

“The referee broke us up in the two clinches that we had,” Askren continued. Then, in contrast with the Mir and Cunningham fight, they clinched for half a freaking round.

“So I was disappointed that I didn’t get a chance to be in there. That was the goal to get there and have success there [on the inside], and he broke us up literally within a second.

“I think all boxers are conspiracy theorists, so I don’t want to make that connection.

“You watch the other fight two fights earlier, and then you watch our fight, and there’s a big contrasting difference.

“It was the spot behind the ear is where he hit me. I didn’t really feel it, and I got up. There wasn’t a lot of pain there.

“He hit me hard enough to knock me down. I got up, and the referee said, ‘You didn’t get up fast enough,’ and I said ‘Okay,'” said Askren.

It was interesting to watch how fast the referee broke up the inside action during the fight, as that took away any chance for Askren to work in close.

Having a referee like that worked in Jake’s favor. Also, the small size of the ring had to help Jake as well. The final straw that broke the camel’s back for Askren was the referee stopping the fight right away after he got up from the knockdown.

It’s unclear how much experience the referee had in pro fights, but it almost appeared that he was new on the job because fights generally don’t get stopped this quickly, particularly when they’re the main event on pay-per-view.

Having a referee stop the main event fight quickly for PPV is really negative.

Moving forward, it’ll be interesting if this referee is used again for high-profile fights. 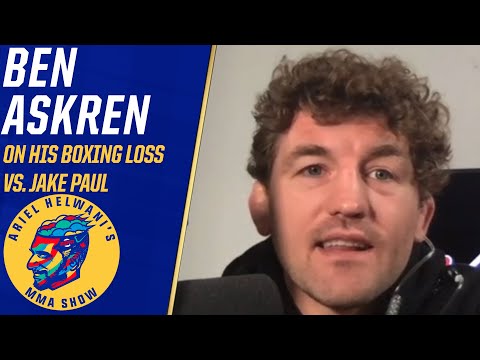 
« Devin Haney: Ryan Garcia called me out for promotional purposes