Eddie Hearn: Is Roman Gonzalez as motivated to win as Juan Estrada?

By Jeff Aronow: Eddie Hearn is uncertain whether Roman ‘Chocolatito’ Gonzalez is as motivated as he needs to be for him to defeat Juan Francisco Estrada this Saturday in their rematch.

Estrada vs. Chocolatito will be streamed live on DAZN at 8 pm from the American Airlines Center in Dallas, Texas.

Hearn feels that Estrada has a look in his eyes that suggests that he wants to avenge his loss to Chocolatito (50-2, 41 KOs) from 2012, and that determination could help him get the victory.

Chocolatito hasn’t wanted this fight as much as Estrada because he won their previous match nine years ago, so there was no pressing need to face him again.

Even without factoring in the revenge aspect for Estrada (41-3, 28 KOs), Chocolatito’s body language during the press conferences and at the weigh-in showed a fighter that was disengaged.

Chocolatito doesn’t have the same focused look to him as he’s had in the past in fights that he’s done.

The 1000 yard stare that Chocolatito has shown during the build-up is similar to how he looked going into his rematch with Srisaket Sor Rungvisai in September 2017. Chocolatito lost that fight by a fourth-round knockout.

Estrada vs. Chocolatito one of Hearn’s favorite fights

“When you get a war like Chocolatito-Estrada 1, it takes an amount of money to get both guys to say, ‘Yeah, this is the right time,'” said Hearn to Fino Boxing. “You can imagine what those guys made in the first fight, I don’t know. It would have been tiny.

“I doubt it was six figures at that moment in time. It’s taken a lot of time. Both guys have had a tremendous amount of ups and downs. The Rungvisai defeat, losses, and knockout.

“Chocolatito coming back a year ago to win a world title in Dallas. Estrada getting injured, coming back. Cuadras, he’s been busy as well.

“For all the fights I’ve done, this is one of my favorite fights because I respect the lighter weights, and I also respect the Mexican heritage, even Chocolatito in Nicaragua.

It’s unbelievable that Hearn was able to put this fight together after all this time. What’s even harder to believe is that none of the other promoters have put in an effort to make the Estrada vs. Gonzalez rematch in the last nine years.

If Saturday’s Estrada – Chocolatito is half as exciting as their first fight in 2012, the boxing public will be in for a real treat.

Hearn says there over 2,000 punches thrown in their previous fight, which is an amazing number. These weren’t arm punches. Gonzalez and Estrada were throwing big power shots without knockout intention from the bell, and it was a classic.

“This is a fight not only for hardcore but also for the fight fans,” Hearn said. “I hope non-fight fans watch as well because you’re going to see a fantastic exhibition of boxing.

“Two warriors are going to put it on the line, very brave, very humble, but it’s going to be brutal. I think there were 2,000 punches thrown in the first fight.

“That’s why I hope everyone tunes in. For our platform, DAZN, which is a boxing destination, this is a perfect fight. It’s one that everyone is looking forward to.

“I think there’s something in Estrada’s eyes that say, ‘This has been on my mind for eight years,’ and that’s dangerous,” said Hearn.

“When you’ve had that burning inside you for so long, what depths are you willing to go to for you to win on Saturday?” Hearn said.

Will Estrada’s desire for revenge be enough for him to overcome Chocolatito’s talent and his experience? Sometimes it doesn’t matter how motivated a fighter is to avenge a loss, they’re not going to win if their opponent has a style that is bad for them. It could be that Chocolatito has the wrong style for Estrada.

How much does Chocolatito want this fight?

“When you see Chocolatito, he looks 10 weeks younger this week than he did a year ago. 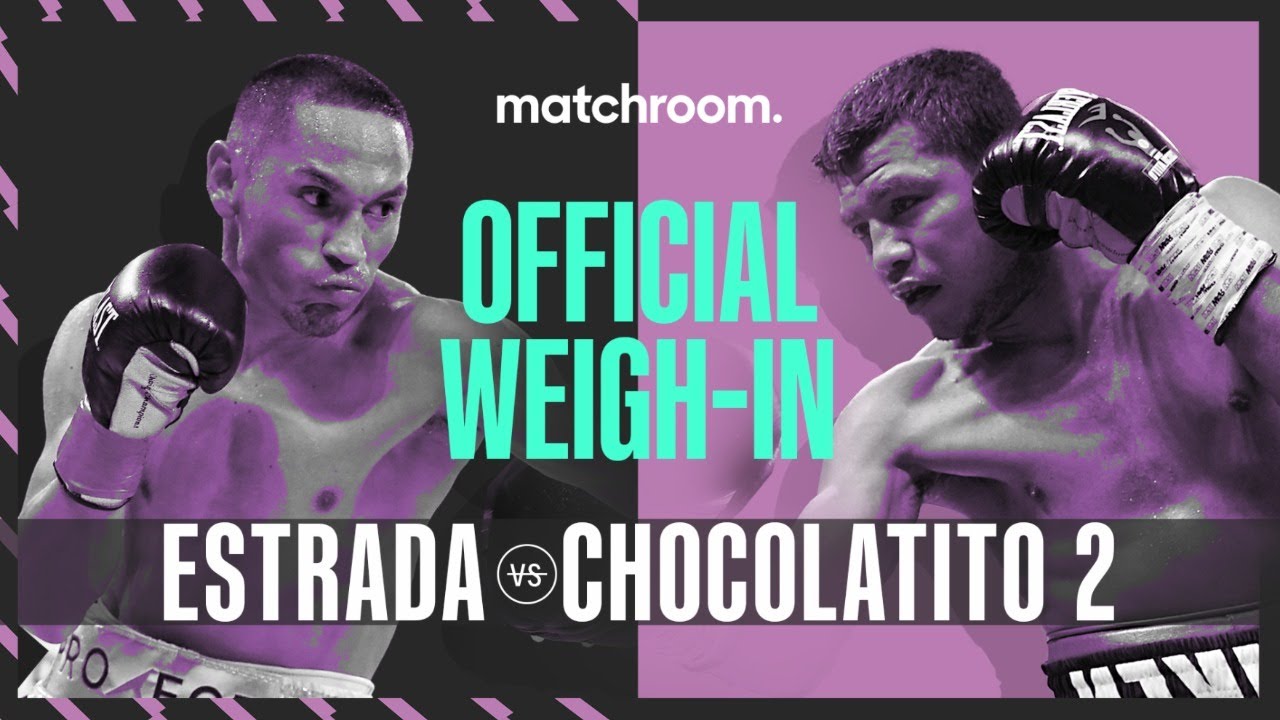 “He looks great. I think he trained with fear because he knows Estrada, and he knows what kind of fighter he is.

“I think it comes down to how much in this stage of his career does Chocolatito want this fight? But you know how tough he is, you know he’s a warrior, and you know how proud he is,” said Hearn.

For whatever reason, Chocolatito hasn’t had that same mean look on his face during the press conferences for this fight than he had for his recent matches against Kal Yafai and Israel Gonzalez.

Is it a problem with Chocolatito not feeling properly motivated because he has less to gain from this fight given that he already beat Estrada.

Nine years sounds like a long time, but it’s not for a fighter who remembers vividly how his fight with Estrada played out.

If Chocolatito isn’t worried about beating Estrada, that would explain why he’s not been looking super energized.

It’s quite possible once the punches start landing from Estrada, Chocolatito will go into his normal seek & destroy mode and be a completely different person.

He’s one of those guys that would never guess is a knockout artist by looking at him, but he’s in the ring, he’s someone else.

Hearn predicting it goes to points 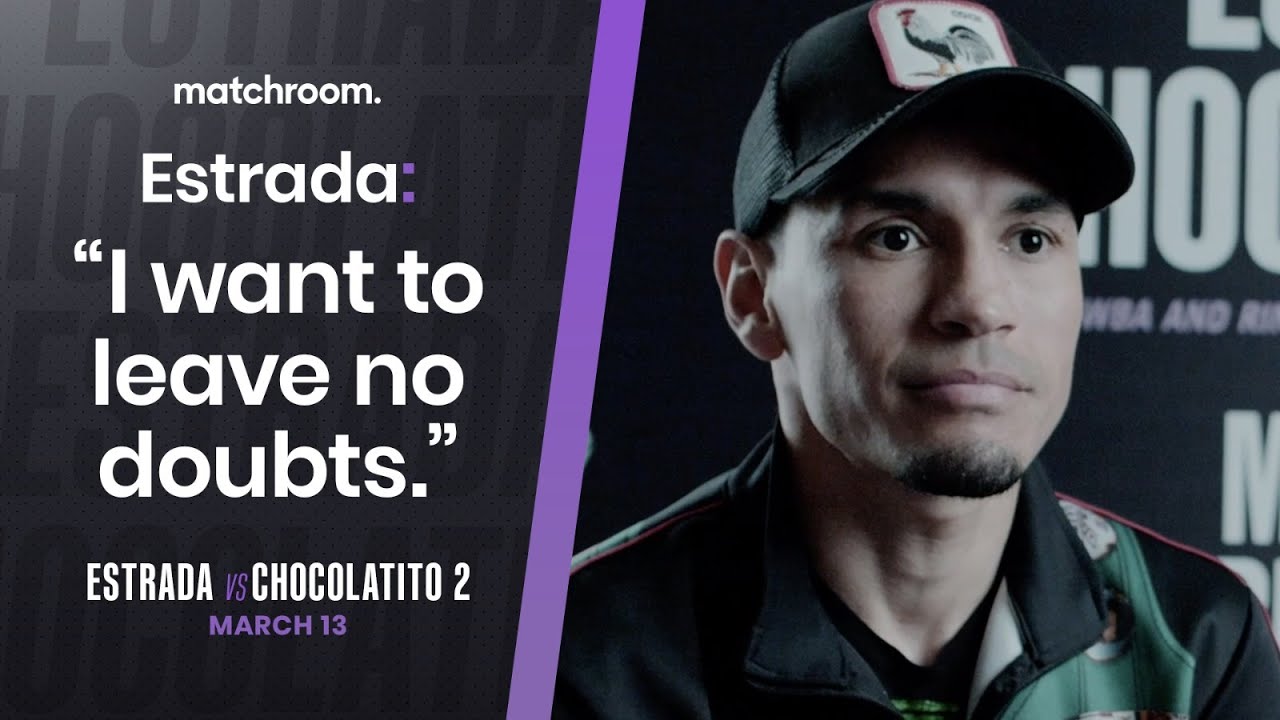 “So he’s thinking, From the moment this fight was made, he’s [Estrada] been thinking about victory for the whole camp. I can’t wait.

“Once they get on the inside, which they’ll do early in the fight, it’s going to be nonstop action. I think it’ll go to points.

“Both guys could go down. You saw, Estrada was hurt against [Carlos] Cuadras in that fight. Chocolatito has been hurt. Of course, he got knocked out by Rungvisai. It’s as pure a 50-50 as you’ll ever find,” said Hearn.

Estrada looked huge compared to Chocolatito during Friday’s weigh-in, and the look on his face was someone that wants to score a knockout. Chocolatito was smiling and looking away, not meeting Estrada’s gaze. It was interesting to watch the difference between the two fighters.


« Billy Joe Saunders sick with flu, will he recover by May 8th?