Teofimo Lopez tells Top Rank: “You won’t have me back”

By Chris Williams: Teofimo Lopez sent a message to Top Rank on social media today saying he “won’t” be back with them after losing a purse bid to Triller for his next title defense against George Kambosos Jr.

Triller won the bid with a $6.2 million offer compared to Top Rank’s $2.3 million for the Teofimo vs. Kambosos fight.

The purse bid was because Top Rank was unable to agree to terms with Teofimo after offering him his contract minimum of $1.25 million.

Teofimo Sr (16-0, 12 KOs) told Top Rank president Todd DuBoef  not only will he not be coming back with them, but he’s also “going to war.”

Undisputed lightweight champion Lopez isn’t saying how he’ll able to avoid coming back with Top Rank. They still have him under contract for 3 1/2 years, and that’s a lifetime in boxing.

Teofimo’s options to avoid returning to Top Rank: Buyout the contract or continue to force purse bids. If they go purse bids, Teofimo will fight on another network as long as Top Rank doesn’t win the bid.

“Todd Duboef, you won’t have me back,” said Teofimo on social media in sending a message to Top Rank president DuBoef. “Get ready because we going to war! You pr***.

“How dare you try to c*** block my purse bid with DAZN and whoever else. You’re done! Thank you, Triller, for letting the world know I’m next up,” said Teofimo.

There’s a hardened stance for Teofimo since Thursday, as he was that it was just “business,” and it wasn’t personal with him.

But with the way Teofimo is talking now, he sounds like it is VERY personal for him. He sounds like he’s ready for slash and burn type of war.

Will another promoter like Triller be willing to buy out the remaining 3 1/2 years of Teofimo’s contract with Top Rank?

It will be a gamble if they do because we don’t know how effective Teofimo will be when he moves out of the 135-lb division to 140 in 2021.

Teofimo is reportedly talking about moving up to 160 eventually, and that’s going to be interesting. He’s short at 5’8″, which is around the same height as Canelo Alvarez.

If another promoter does buy out Teofimo’s contract, there will be many unknowns involved about his future. We don’t know how well Teo will adust to being the same size as his opponents instead of having a huge advantage.

At 140, Teofimo will be smaller than champion Jose Ramirez and Josh Taylor.

“I think it’s great for boxing. We were there two years ago, and we were coming in and being disruptive,” said Matchroom Boxing promoter Eddie Hearn to Little Giant Boxing about Triller winning the purse bid for the Teofimo vs. Kambosos fight.

“When you’re disruptive, and you’re coming in, and you don’t have any brand presence, you have to overpay; you have to make some noise.

“Triller did what DAZN did two years ago. So it’s great news for the fighters [Teofimo and Kambosos]. I knew I was going to lose that bid.

“I said, ‘Someone is going to do something silly.’ Top Rank bid what they thought the fight was at 2.2 [million] or something like that.

“We bid what we thought the value of the fight was, 3.5. Triller bid. It wasn’t really about value for them.

“It was, ‘We must get this fight, let’s make some noise.’ It’s great to have them in the marketplace,” said Hearn.

Whether Triller continues to jump in and make high bids for future purse bids will likely depend on the success of the pay-per-view ard that they’re placing Teofimo vs. Kambosos on.

They’re reportedly interested in adding that fight to the Mike Tyson vs. Evander Holyfield exhibition match. Teofimo would be perfect for that card.

Had to risk it all just to win BIG! God don’t make no mistakes. #TheTakeover #StayBlessed 🙏🍾 pic.twitter.com/jUsUkKHKNc

Hearn is right. The public relations that Top Rank is getting from the purse bid for the Teofimo vs. Kambosos fight is horrible.

If Teofimo continues to complain to the media for months or years about the purse bid and future purse bids, Top Rank is going to look bad unless they give him the money he’s asking for.

Teofimo is putting Top Rank in a situation where if they don’t pay him his asking price, they could get bad press from him. That puts pressure on Top Rank.

“He’s 89 or 90; he’s just speaking his mind and the truth or his opinion of the truth, and you’ve got to respect that because I’d rather people be honest.

“But when you talk disrespectfully about your fighters, obviously those relationships are going to break down. Also, the game has changed.

“If you said to Bob, ‘You do realize that Teofimo and Terence Crawford are your bosses,‘ what do you think Bob’s responses are going to be?

“He thinks he’s the boss; he thinks the fighters work for him. We come from a different era where I have no problem from an ego point of view to say, ‘I work for every single one of these guys.’

“It doesn’t matter if it’s Anthony Joshua or Saul Canelo Alvarez or Marc Castro in his second fight this weekend.

“He’s my boss, so that’s the mentality that I have. I have a job to deliver for my bosses, and they’re all my bosses. I work for them.

“It’s only people with a massive ego that come from a different era that says, ‘No, no, no.’

“So next time you interview Bob, I want you to get him to say those words. ‘Teofimo Lopez is my boss,’ I dare you,” said Hearn.

We’ll see what happens if Teofimo does find a way out of his contract with Top Rank.

Will the next promoter that has Teofimo have to deal with the same headache that Top Rank is now each time he doesn’t get what he’s asking for?

“I’m not surprised,” said Hearn when told that Teofimo said his feelings were hurt by Top Rank offering him his contract minimum and then coming in last in the purse bid for his fight with Kambosos. 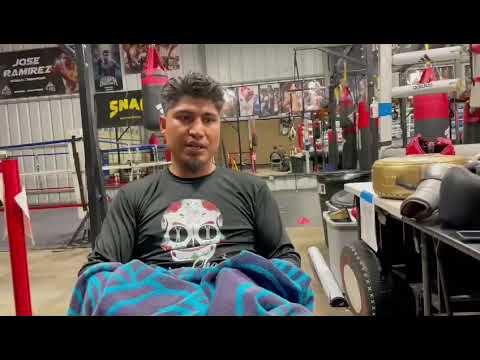 “Teofimo took a fight against one of the pound-for-pound greats [Vasily Lomachenko] for the undisputed or semi-undisputed world championship.

“He got paid average money for that fight; he wasn’t happy with that money. But he took the fight because he believed he’d win.

“He was told, ‘You win that fight [against Lomachenko], you’ve got keys to the bank.’ He wins the fight, and they [Top Rank] made him an offer of $1.25 million.

“That’s much less than what he got paid to fight Lomachenko, but that’s okay because that’s Bob’s perception of the value for that fight [Teofimo vs. Kambosos],” Hearn said.

It’s unknown what Top Rank thought if they weren’t willing to give Teofimo an increase after his win over Vasily Lomachenko last October. There should have been some kind of increase.

Teo gets what he deserves

“Bob has the right to give his thoughts on the value for that fight,” Hearn continued. “It was just different from everybody else’s. 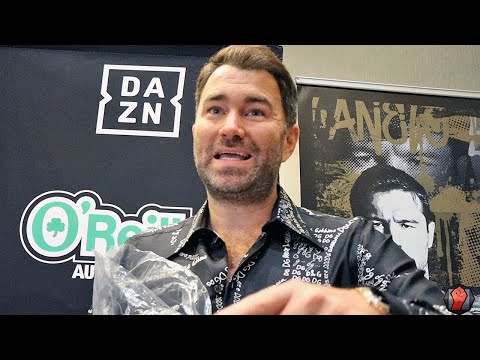 “So now we’re in the position where Teo gets what he deserves, George Kambosos changes his life forever,” said Hearn.

The magic question is will Teofimo get the same kind of money when or if he returns to Top Rank after the Kambosos fight?

If Teofimo insists on getting $6 million for title defenses against contenders that U.S boxing fans have never heard of, will Top Rank accommodate him? This could lead to a lot of purse bids for Teofimo.

“It ain’t a bad thing, do you know what I mean? Let them get what they deserve, and it’s not about paying fighters silly money,” said Hearn.

“It’s about paying fighters that deserve big money, big money. We are just people who are lucky enough to watch and run a business.”

Hearn isn’t saying that the $6.2 million that Teofimo is getting for the Kambosos fight is above the value. In other words, Triller is overpaying Teofimo for the fight.

“So they deserve every penny they get. So when a fighter has a result like I saw yesterday [for the Teofimo vs. Kambosos purse bid], it makes me smile, especially when Teofimo is taking the risk that he did,” said Hearn.

As long as Teofimo’s expectations for his non-marquee fights are reality-based, he should get what he deserves.

If Teofimp insists on$6 to $10 million for fights against fighters fans have never heard of, he may not continue to get it.

If Teofimo wants $10 million+ for fights against Devin Haney, Ray Garcia, or Tank Davis, it may not be there for him.

What Teofimo doesn’t need is to price himself out of all of his fights, either making them impossible to negotiate.