Crawford vs. Brook on Premier Sports in UK on Nov.14th

None of the UK networks opted to show the fight, which made former IBF welterweight champion Brook (39-2, 27 KOs) unhappy.

Crawf0rd-Brook is taking place behind closed doors in ‘The Bubble’ at the MGM Grand in Las Vegas, Nevada on November 14th.  A lot of boxing fans believe this is a ‘cash-out’ fight for Brook to give him a final payday before he retires from the sport.

Kell not cashing out

Brook denies that he’s cashing out, and he seems he’s going to shock the world on November 14th by beating Crawford. Fans would believe Brook if he’d done something with his career in the last three years.

Whether Brook is cashing out or not, it really doesn’t matter. He’s over his head in this fight against Terence, and he has little more than a puncher’s chance at best.

For Brook to have taken on zero quality opponents since 2017, it’s given people the impression that he’s no longer taking his career seriously.

It’s being reported that the monthly subscription fee for Premier Sports is £9.99, and it’s unclear whether there will be an early termination fee for fans that subscribe and then cancel immediately after the Crawford-Brook fight.

Brook, 34, expected Sky Sports to televise his fight with Crawford, as he’d been with them all these years and given them great fights. However, Brook has slowed his own career to a crawl by rarely fighting since his back to back stoppage losses to Gennadiy ‘GGG’ Golovkin and Errol ‘The Truth’ Spence.

It’s not just that Brook has rarely been fighting. It’s the quality of opposition that he’s been fighting. He’s had three years of tune-ups since his loss to Spence in 2017, and it’s resulted in boxing fans forgetting about him.

It’s never a good idea for a fighter to fight nothing but tune-ups for three consecutive years after a couple of defeats, but Brook has worsened the problems by not fighting often.

“It’s bonfire season, and I’m going to be bringing the fireworks, so make sure you subscribe and tune in to watch me become two-time world champion, baby!” said a motivated Brook.

For all intents and purposes, Brook has been a part-time fighter since his loss to Spence, and that’s hurt his popularity. In that respect, Brook is in the same boat as Amir Khan, who also rarely fights. 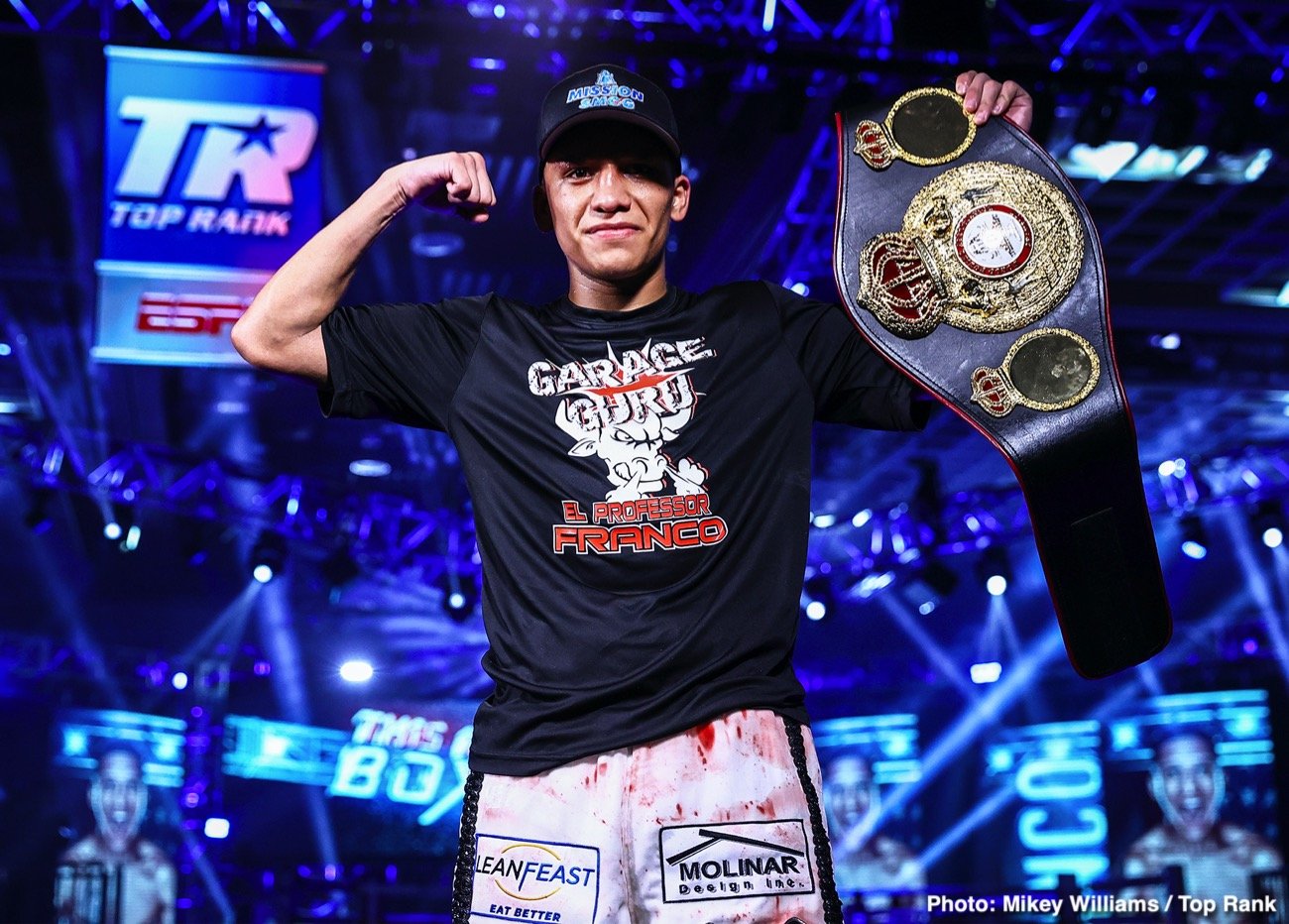 In the co-feature bout on the Brook vs. Crawford card, WBA super flyweight champion Joshua Franco will be defending his strap against Andrew Moloney in a rematch. Last summer on June 23, Franco defeated Moloney to snatch the WBA 115-lb belt.

Although some boxing fans viewed it as a surprise for Franco to win, it’s more of a case of Moloney being a flawed fighter that was there for the picking.

Charles Brun wasn’t shocked at all. Moloney had never beaten anyone good during his career. He clearly wasn’t in the same league as the talents like Roman ‘Chocolatito’ Gonzalez, Juan Francisco Estrada, or Srisaket Sor Rungvisai.