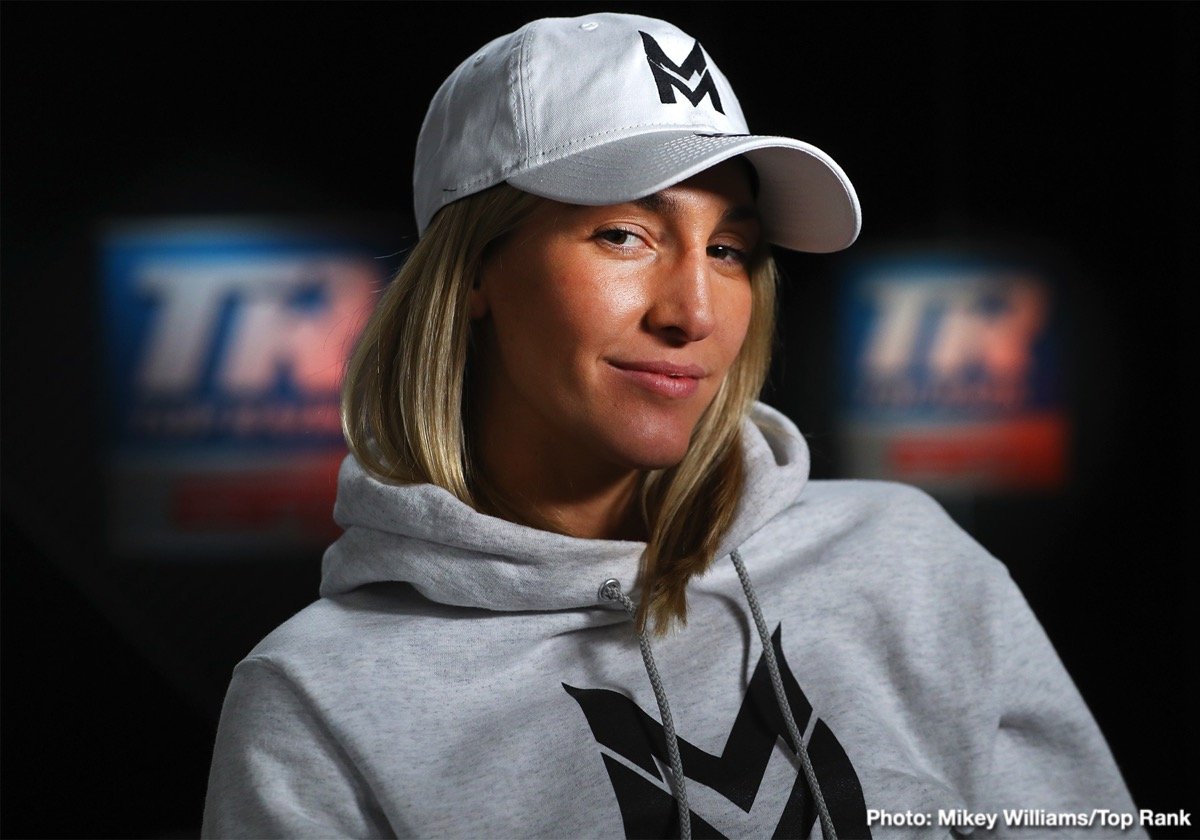 By Chris Williams: Female super featherweight contender Mikaela Mayer reveals she’s tested positive for the COVID-19 and has pulled out of her scheduled fight against Helen Joseph fr this Tuesday on the Shakur Stevenson vs. Felix Caraballo card on June 9 on ESPN.

The card will still be going ahead without Mayer this Tuesday night at 7:00 p.m. ET on ESPN.

The additional bad news is there probably isn’t a backup fight that can be moved into the place of Mayer’s match due to all the testing that needs to be done ahead of time. 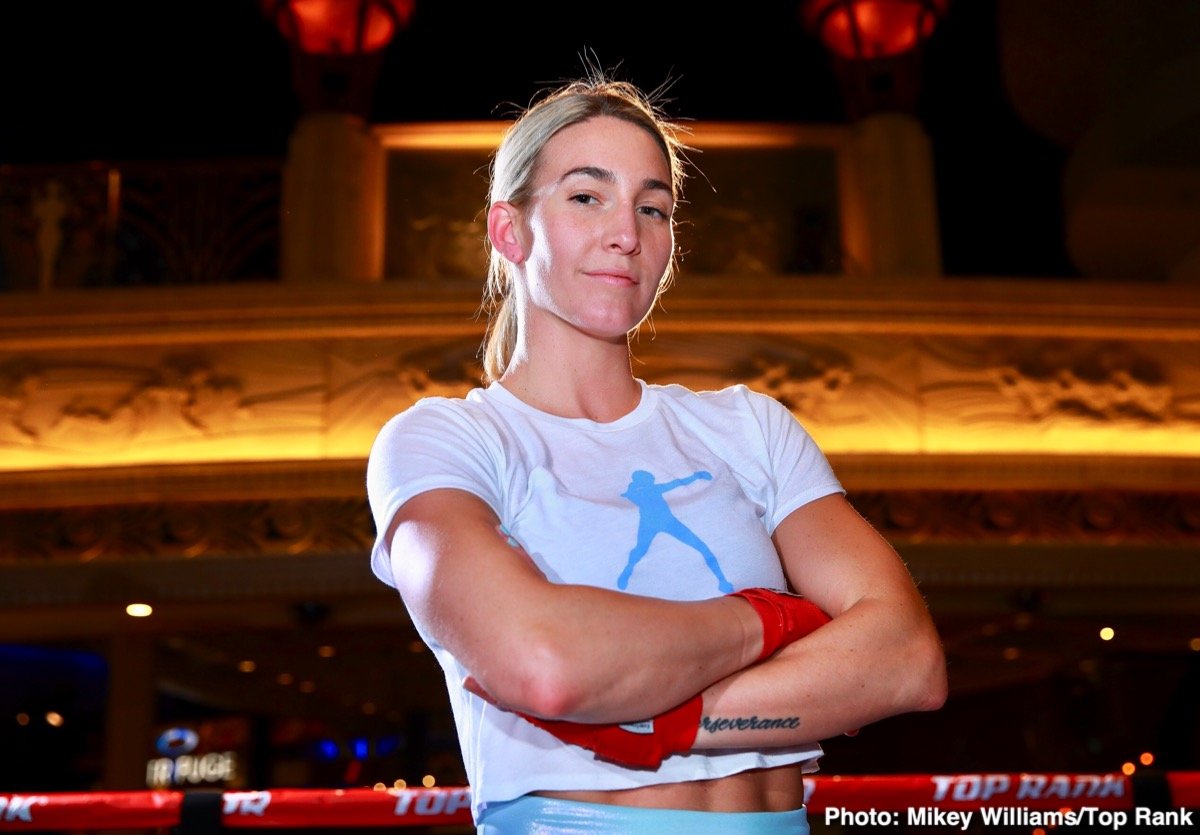 The critical question is, why are the results of Mayer’s test only now being revealed rather than weeks ago? Mikaela’s test results are something that should have been checked ages ago. It’s a good thing that Mayer wasn’t scheduled for the main event because that would be a disaster.

“Really disappointed to announce that I will no longer be fighting on the ⁦
@trboxing card this Tuesday” said @MikaelaMayer1.

“Top Rank has a protocol playbook in place, including extensive measures in case of a positive COVID-19 test. Those policies were followed as planned.

We wish Mikaela the best and look forward to seeing her in the ring very soon.”

So there it is. Mikaela is off the Stevenson-Caraballo card, and NOTHING is being said from Top Rank about a replacement fight being substituted in its place for this ESPN card.

The only thing you can hope for now is that the 10 round main event between Shakur and the little known Caraballo is a good one.

It’s not a good sign that Caraballo was beaten recently by someone named Pedro Marquez Medina. I can’t say I’ve ever Medina before

Mikaela “heartbroken” in pulling out

“I am heartbroken to report that I will no longer be fighting on Tuesday’s Top Rank card due to a positive result in my COVID-19 test yesterday,” Mayer wrote on Instagram. “It came as a complete surprise. I am currently asymptomatic and am quarantining at an off-site location per recommended guidelines.

The bad thing about scheduling fights behind closed doors during the pandemic is stuff like this happening. That’s why it’s important for EARLY testing to be done, and for the fighters to be quarantined so that they don’t catch something at the last minute.

Andy Ruiz Jr: I can’t wait to get back in the ring, LETS go »