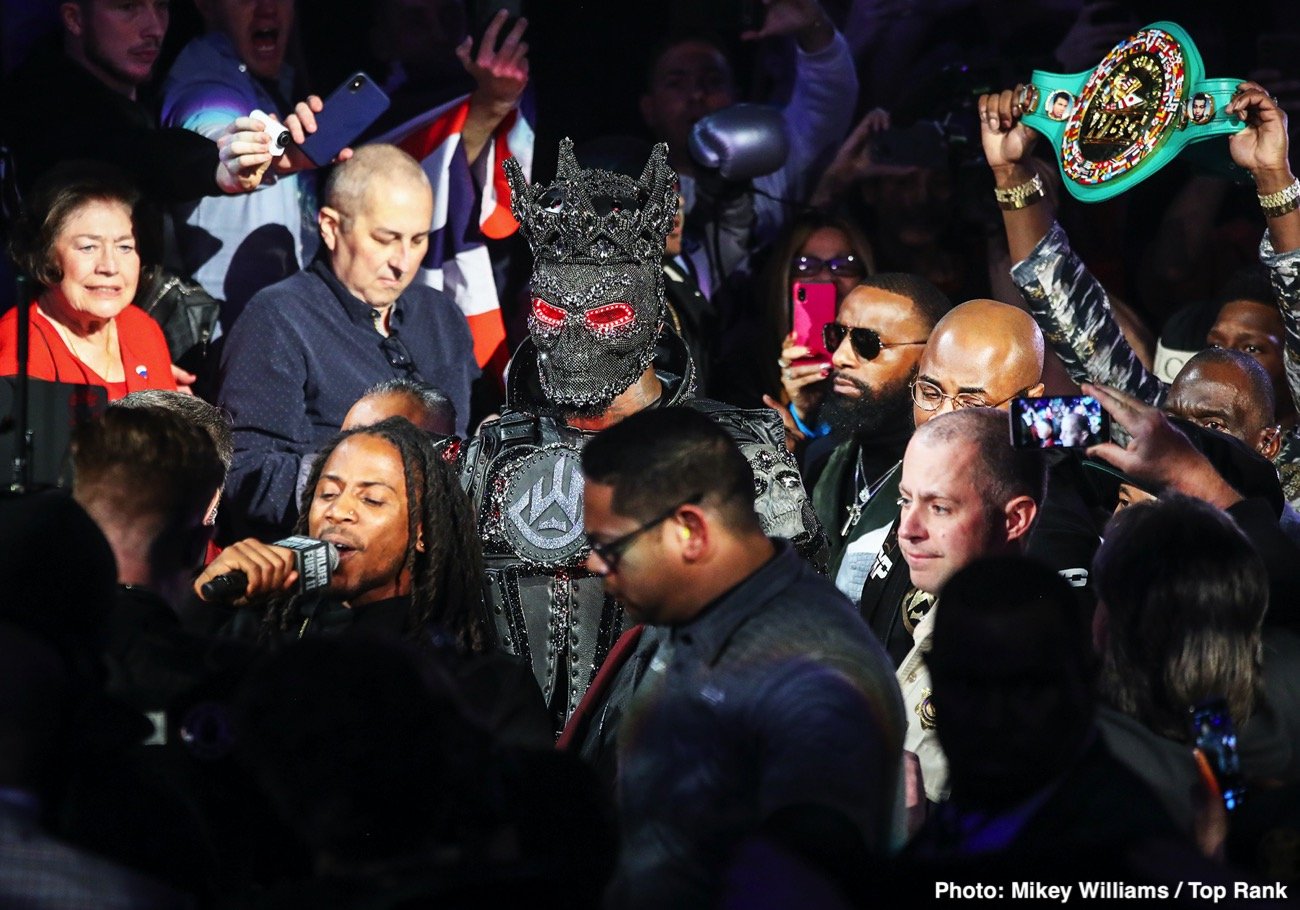 By Tim Royner:  Dillian Whyte still wants to face former WBC heavyweight champion Deontay ‘The Bronze Bomber’ Wilder despite him being dethroned by Tyson Fury last weekend. Whyte (27-1, 18 KOs) doesn’t care that Wilder is no longer a belt-holder. He just wants to fight him to show the boxing world that he’s a better fighter than him.

Whyte had been chasing a title shot against Wilder for over 2 years without luck, and he feels that the American should have fought him. Wilder (42-1-1, 41 KOs) was waiting for Whyte to become his mandatory before fighting him, and it took him a considerable amount of time to make that happen.

If Wilder, 34, loses to Fury in their trilogy contest, then there won’t be any point in Whyte facing him. Wilder’s career will have gone to pieces. Obviously, Wilder still has the name recognition with British boxing fans, but Whyte would look like he’s scrounging Fury’s LEFTOVERS if he faces Wilder at that point.

Whyte WON’T get a crack at Wilder anytime soon, unfortunately, since the American will be facing Fury in a trilogy match. Wilder said he’ll be exercising his rematch clause to face Fury (30-0-1, 21 KOs) in a fight that could take place in July. Fury’s promoter Bob Arum of Top Rank wants to push the fight back to September or October.

Whyte, 31, already is being labeled by some fans at taking Anthony Joshua’s leftover opponents with expected to face 40-year-old Alexander Povetkin next. AJ knocked out Povetkin in the 7th round in September 2018.

Whyte’s habit of going after fighters that were recently beaten by Fury and Joshua makes him look more like a follower rather than a leader. If it’s Whyte’s own idea for him to be the clean-up man for Fury and Joshua, then it doesn’t reflect well on him. However, if Whyte’s promoter Eddie Hearn is the one that thinks it’s great for him to be fighting the guys that Fury and Joshua just beat, it’s disappointing.

Hearn should have better ideas for Whyte rather than having him follow what Fury and Joshua have done, and look to get their leftovers. Whyte is getting a little old to be taking on the guys that Fury and Joshua just beat. Dillian is the same age as Fury at 31, and he’s accomplished so little with his career.

Whyte should have taken the rematch with Joshua last year when it was offered to him by Hearn, because if he’d beaten him, he would have made huge money in the rematch. Some fans believe that Whyte lacked the self-confidence to take the fight with Joshua, so he opted to face Oscar Rivas and Mariusz Wach instead.

Whyte: Wilder will get beaten up worse by Fury

“He has no other choice,” said Whyte when asked about him being surprised that Wilder is taking the immediate rematch with Fury. “I think he gets beaten up even worse this time. Tyson took it [Wilder’s right hand] away from him by pressing him. He went to America to beat the dangerous guy because he knew the guy wasn’t what he was made out to be. And he was fighting a big guy [Wilder] with just a right hand. He doesn’t have a jab, combinations or a hook, said Whyte.