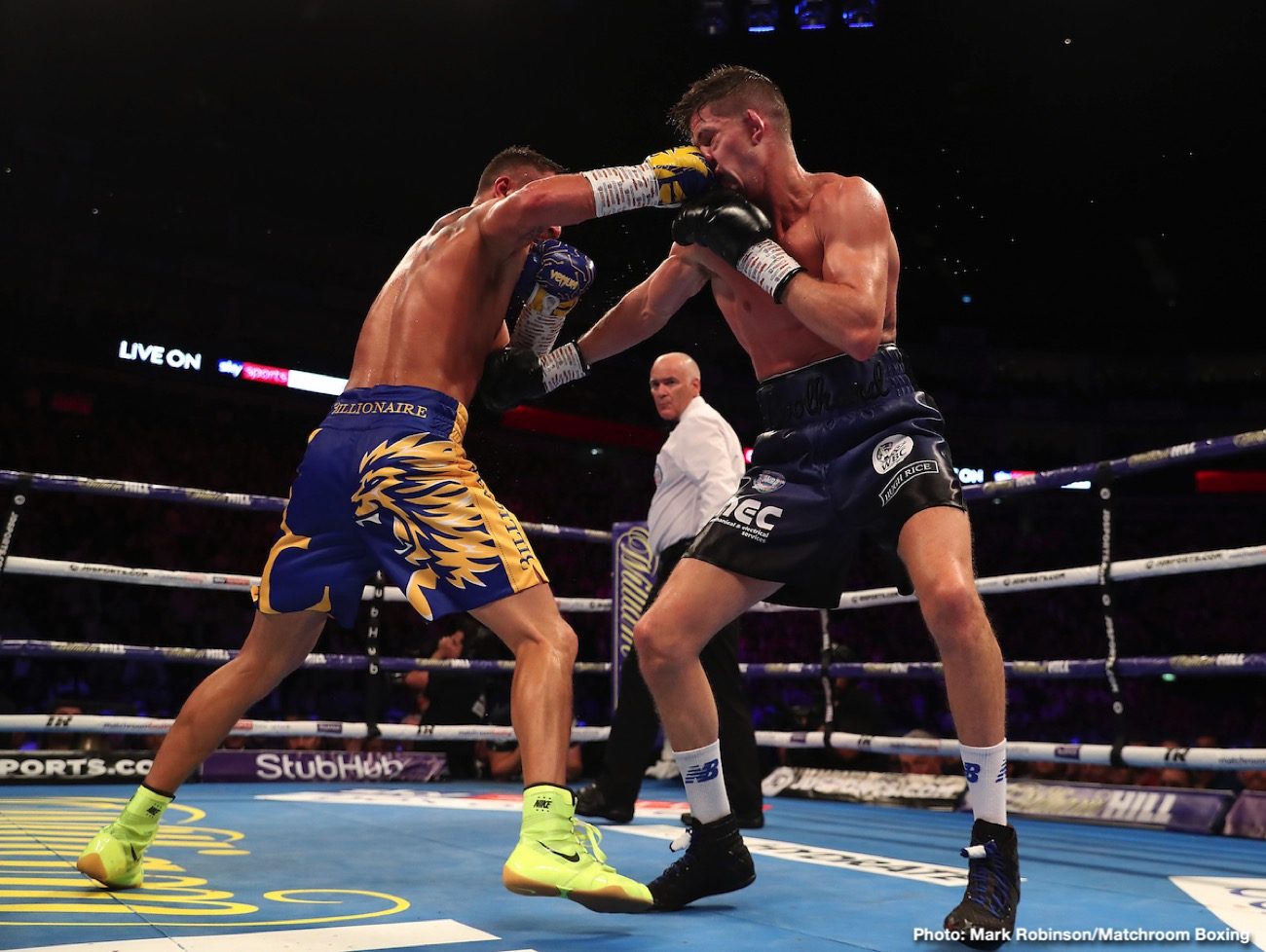 By Kenneth Friedman: This Tuesday’s purse bid for the Javier Fortuna vs. Luke Campbell fight has been postponed until January 28, according to Dan Rafael. The negotiations are going well between Campbell’s Matchroom Boxing promoter Eddie Hearn and #1 WBC Fortuna’s promoter Sampson Lewkowicz.

This will be good if they reach a deal before the rescheduled purse bid on the 28th of January.

Fortuna (23-2-1, 24 KOs0 and #2 WBC Campbell (20-3, 16 KOs) will be fighting for the vacant World Boxing Council lightweight title. The WBC gave Devin Haney, the existing WBC 135-lb champion the ‘Champion in Recess’ tag after he suffered a shoulder injury in his last bout against the surprisingly tough Alfredo Santiago.

If not for the injury, Haney would be defending his WBC title against mandatory Fortuna. That’s a fight that Haney was looking forward to. He wanted that fight, but now he’s going to have to wait until after his shoulder heals before he can face the Fortuna-Campbell winner.

With Haney out of action, the WBC have made their lightweight title vacant, and it’s opened up the opportunity for Campbell, 32, and Fortuna to battle for the belt. It’s a good situation for the talented 2008 Olympic gold medalist, given that he’s getting another chance to win a world title. He’s twice fought for world honors against Jorge Linares and Vasiliy Lomachenko, but he’s bad luck.

Perhaps three’s a charm for Campbell. It can’t get any better than this for Luke. If he were to fight for the WBA/WBO belts, he would be facing Lomachenko again. The IBF title is currently held by the young upstart Teofimo Lopez, who looks like he’s on his way to superstardom in the near future. Campbell is getting the easier option in facing former WBA super featherweight champion Fortuna for the vacant WBC lightweight tile, and he could be the favorite.

Campbell lost a 12 round decision to Lomachenko last August at the O2 Arena in London, England. Despite losing that bout, Campbell inflicted a lot of damage on Lomachenko. Campbell lost the battle, but Lomachenko knew he’d been in a fight afterwards. The two-time Olympic gold medalist Lomachenko looked like he’d just come out of war zone, and gotten the worst of it.

In contrast, Campbell didn’t look that bad afterwards. He clearly lost the fight, but his face didn’t have the same damage. One reason for that is Campbell’s punches seemed to have a lot more zip on them than Loma’s. Unlike Lomachenko, this is division that Campbell has been fighting at since he turned professional in 2013. It’s the perfect weight class for Campbell.

Fortuna, 30, is a fighter that seems like he’s been around forever. He started his pro career in 2009, and he won the WBA 130-lb title in 2015 in beating Bryan Vasquez. Fortuna made one successful defense before losing the belt to Jason Sosa by an 11th round knockout in 2016. He’s since won 6 of 8 fights, and he’s looked good.