Errol Spence hints at 2020 return to the ring 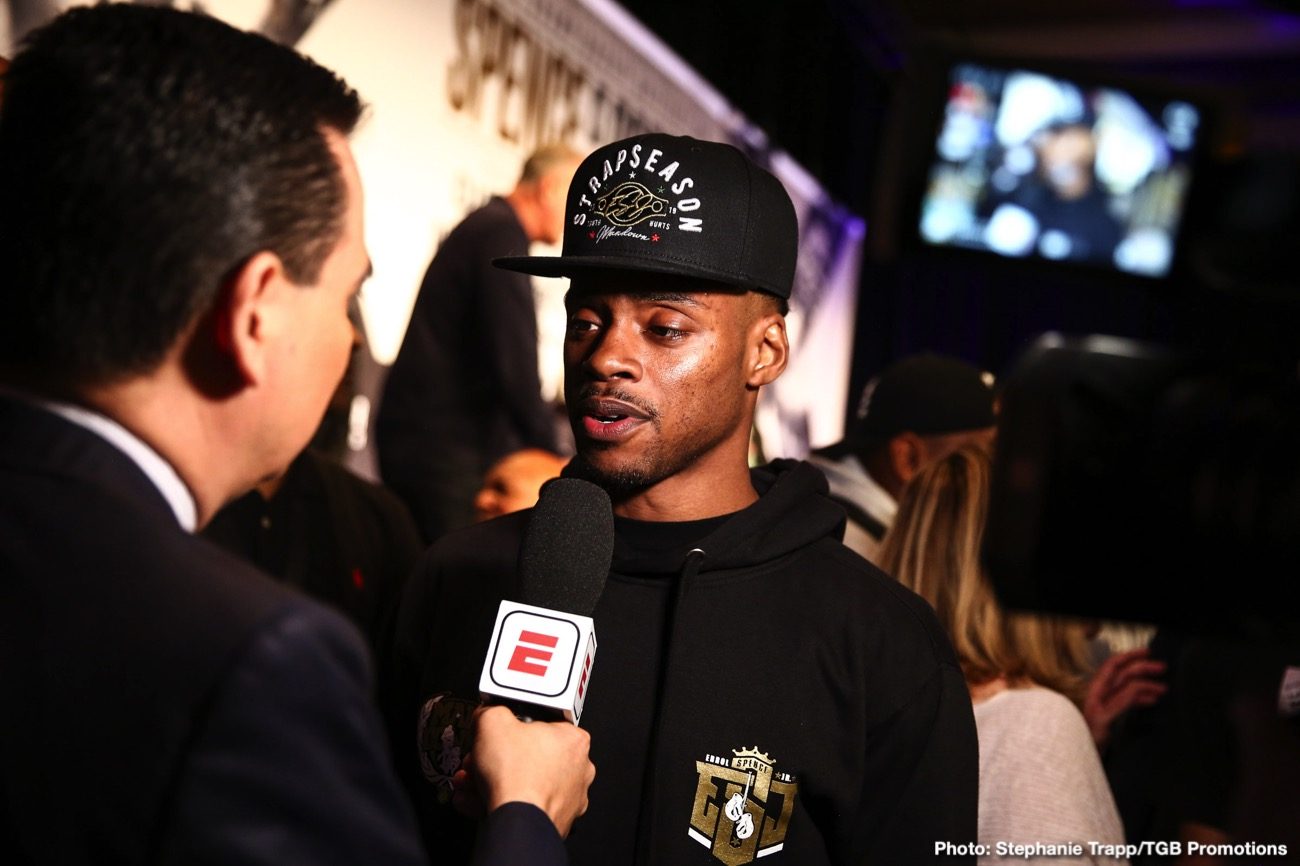 By Dan Ambrose: After a month of silence, IBF/WBC welterweight champion Errol Spence Jr. says he could be back in the ring in the 2020 following his car crash on October 10 in Dallas, Texas.

Spence was involved in a single-car car crash last month, and many fans wondered whether he was going to be able to return to the ring. He was charged with a DWI for the crash, and this led to a huge backlash against the star from boxing fans.

Spence says he CAN’T be broken down

“You can’t break down what can’t be broken. Been ready for 2020!!” said Spence on social media.

The talented unbeaten Spence (26-0, 21 KOs) is said to have suffered facial lacerations, and several broken teeth in the accident.  The mugshot taken of Spence followed showed his right side of his face looking swollen, and abrasions around the right side of his mouth.

There’s a lot of speculation about who the 29-year-old Spence would be fighting in 2020, because he has many options available to him. MP Promotions president Sean Gibbons said this week that they would be interested in a fight with Spence and Manny Pacquiao IF he hadn’t suffered a car crash.

Spence could call their bluff if he’s truly ready to return to the ring in 2020 in the first quarter of the year, as that’s when Pacquiao will be fighting.

Danny Garcia was supposed to be Spence’s opponent for his next fight on January 25 on FOX Sports Pay-Per-View. The former two division world champion Garcia (35-2, 21 KOs) entered the ring moments after Spence’s grueling 12 round split decision win over WBC welterweight champion Porter on September 28, and called him out. However, Spence’s car crash put the Garcia fight in doubt, and it’s unknown whether it’s possible for that match to be salvaged.

Spence tuneup likely for next fight

Given what Spence went through with his car crash, his management at Premier Boxing Champions are likely going to have him take a soft tune-up level title defense of his IBF/WBA 147-lb belts for his first fight back in 2020. It would be too risky for Spence to face Pacquiao, Danny Garcia or Porter for his next fight.

Guys like Maurice Hooker, Josh Kelly, Ray Robinson or Davis Avanesyan would be excellent warm-up level fights for Spence. They present very little risk to Spence, and he would be able to test whether his body can handle the wear and tear of a professional boxing match.

These are other good options for Spence:

Those are all contenders in the 147-lb division, and perfectly suitable tune-up level guys for Spence. It’s important right now for Spence to get his feet under him, and back in the ring to show the boxing world that he’s fine.