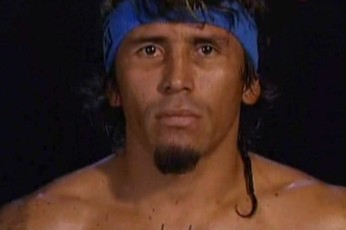 By Jim Dower: World Boxing Council lightweight champion Edwin Valero (27-0, 27 KO’s) has been given the designation of the “champion in recess” by the WBC, says President Jose Sulaiman. The reason for this designation is twofold: First of all, Valero, 28, suffered a bad cut on his forehead in the 2nd round after catching a hard elbow from Antonio DeMarco. The cut, a deep one, will take a considerable amount of time to heal, and will prevent Valero from getting back in the ring anytime soon to defend the WBC lightweight title.

As such, the WBC will give Valero more time for his wound to heal before having to defend the title. And secondly, Valero needs more time to decide whether he wants to continue fighting at lightweight or if he would prefer to move up to light welterweight to take his chances at fighting at the higher 140 weight class.

With Valero on the shelf, Humberto Soto will move up from super featherweight and fight for the vacant title against a still to be determined opponent. This is Soto’s opportunity to show his stuff against one of the top lightweights like Anthony Peterson.

Valero looked good last weekend in dispatching DeMarco after nine rounds. Valero used a mix of power punching and boxing to reduce DeMarco into a confused looking opponent. With DeMarco taking more and more punishment as the fight wore on, his corner finally did the wise thing by deciding to stop the hopelessly one-sided bout after the 9th round had ended. There was little point in DeMarco carrying on into the 10th, because he would have likely been taken out had he gone out and tried to mix it up anymore with the big punching Valero.

A couple of potential opponents have been mentioned for Valero to fight next with World Boxing Organization light welterweight champion Timothy Bradley’s name being the most notable. It would be a tough fight for Valero, but one that would pay off big if Valero could beat Bradley.