It’s unclear whether the interim WBC featherweight title will be on the line or not for the Figueroa-Magsayo fight, as the current champion Rey Vargas is moving up to super featherweight to fight O’Shaquie Foster on February 11th for the vacant WBC 130-lb champion, he could choose to stay in that division and vacate his 126-lb belt.

The WBC had ordered Figueroa (23-1-1,  18 KOs) to fight Stephen Fulton for the interim 126-lb belt, but Stephen had chosen to stay at 122 for the time being to defend against Naoya Inoue next.

Salvador Rodriguez of ESPN Deportes was the first on the news of the Figueroa vs. Magsayo negotiations.

The defeat ended the brief six-month reign for the 27-year-old Magsayo as the WBC 126-lb champion after he’d previously beat longtime champion Gary Russell Jr by a 12 round majority decision last January in a close fight.

Russell, 34, had held the WBC title for an incredible seven years, but he’d only defended it six times due to his decision to make rare defenses.

Most boxing fans would agree that if Russell Jr weren’t nursing an arm injury, he would have soundly beaten Magsayo because he was doing a pretty good job of holding his own with just one arm. You can only imagine what Russell would have done if he’d been 100% healthy.

Figueroa, 26, lost his WBC super bantamweight title to Stephen Fulton by a 12 round majority decision in November 2021. Since that defeat, Figueroa had fought just once, beating Carlos Castro by a sixth round knockout last July at the Alamodome in San Antonio, Texas.

Depending on how much the loss to Fulton took out of Figueroa, he should have enough boxing skills to outbox Magsayo. With that said, Magsayo has excellent power, and he could make it tough on Figueroa in a war. 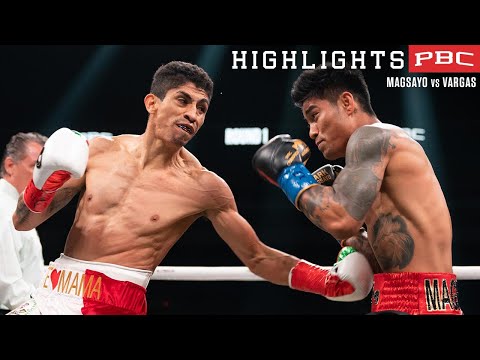 Figueroa wins his fights with his high-volume attacks, which will put him in harm’s way of the hard shots from Magsayo. This is one of those fights that is difficult to predict a winner due to both fighters bringing different elements to their games.


« Edgar “The Chosen One” Berlanga and Top Rank Boxing Part!