Callum Johnson previews Beterbiev vs. Yarde: “Anthony must be his best ever” to win

By Jim Calfa: Artur Beterbiev has too good of a boxing brain and experience for Anthony Yarde and will win their fight on January 28th at the Wembley Arena in London, predicts Callum Johnson.

Yarde does have some advantages, Johnson notes, as far as hand speed, youth, less wear & tear, and fighting in his home country.

However, Johnson doesn’t feel that will be enough to carry Yarde to victory because he’s fighting someone that is on another level in two-time Olympian Beterbiev, who is coming off of what he feels is a career-best performance in knocking out WBO light heavyweight champion Joe Smith Jr in two rounds last June.

One thing that Johnson does wonder about is whether the 37-year-old Beterbiev has gotten old overnight. He’s turning 38 on January 21st, and sometimes fighters that age will suddenly drop off and show their age overnight. If that happens, Johnson thinks Yarde could cause an upset against Beteriev.

Callum knows firsthand what it’s like to share the ring with IBF, WBC & WBO light heavyweight champion Beterbiev (18-0, 18 KOs), having fought him in October 2018 and getting knocked out in the fourth round.

Although Johnson hurt Beterbiev in the third, he fell apart in the next round when Artur came storming back to stop him.

“He can punch himself, so he obviously has a puncher’s chance. He can box. Anthony’s a very good fighter. He’s got a little bit of everything, but does he have something that Beterbiev has never seen or can’t deal with. Personally, I don’t think so, but we’ll find out, won’t we?” said Callum Johnson to Queensbury Promotions when asked about Anthony Yarde’s chances of defeating IBF/WBC/WBO light heavyweight champion Artur Beterbiev on January 28th.

“Beterbiev is getting on now. He’s 38 now, I think. So he’s got to age at some point. Will it be this time? I don’t know. I think we’re going to have to see the best Anthony Yarde ever and a Beterbiev on the slide. 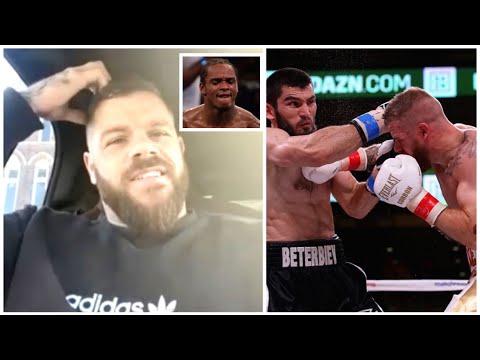 “It’s got to be a factor, maybe,” said Johnson when asked if Beterbiev’s age would be a factor. “If you saw his last fight against Joe Smith Jr, he looked as good as ever. He looked as calculated as ever, as cold as ever, and arguably his best performance as a professional.

“You can only go by his last fight, and his last fight didn’t show that. Things can change overnight when you start getting older,” said Johnson about Beterbiev not showing age against Joe Smith Jr.

“He’s got the home advantage,” Johnson said about Yarde. “He doesn’t have to travel this time, so he’s got the home. He can relax because he’s in his own natural surroundings, and he’s had the experience with Kovalev.

“Single shots, hand speed, maybe,” said Johnson when told that Yarde believes he has better hand speed than Beterbiev. “The timing Beterbiev has got, ring craft and boxing brain, that can nullify the little bit of speed that he’s got for the advantage there,” said Johnson.