Joshua vs Franklin on April 1st at the O2?

By Jim Calfa: Anthony Joshua could be fighting blazing fast Jermaine Franklin next on April 1st in London. This would be a risky fight for Joshua because Franklin has the talent to win.

The Michigan native Franklin’s fighting style and hand speed are similar to Andy Ruiz Jr, but he doesn’t possess quite as much punching power. Franklin has better technical skills than Ruiz, and he’s an excellent counterpuncher.

Like Ruiz, Franklin will make Joshua pay if he gets overaggressive with his power shots. If Joshua chooses Franklin as his next opponent, he can’t afford to be wreckless early on because he could get knocked out.

Nothing has been signed, but Franklin (21-1, 14 KOs), who surprisingly isn’t ranked in the top 15 by any of the four sanctioning bodies, is now reportedly the new frontrunner to face Joshua (24-3, 22 KOs) next.

This is a significant upgrade from the previous frontrunner Demsey McKean, as Franklin got the better of Dillian Whyte last November but lost by a 12 round majority decision by the scores 116-112, 116-112, and 115-115.

The Daily Star reports that the 29-year-old Franklin is the new frontrunner for Joshua’s next fight. If Franklin gets the fight, it might not please the casual boxing fans that have never seen him fight, but the ones that watched his last contest against Whyte will undoubtedly be impressed. 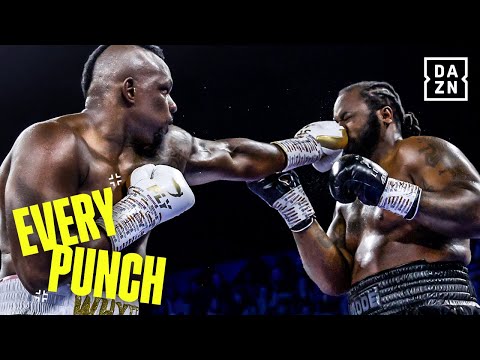 Joshua needs a quality opponent for his April fight to give him credibility and boost his self-confidence. It would be pointless for Joshua to fight a poor opponent to build his confidence because it won’t help him.

That is to say; he’s not dropped to the level where he’s reduced to fighting fringe contenders like Demsey McKean. Joshua’s three in his last five fights have come against Oleksandr Usyk x 2 and Andy Ruiz Jr. Those are excellent fighters, and Joshua could have won all three of those fights if he’d used the right tactics and had a better game plan.

It would be better for Joshua to use Dillian Whyte as his April 1st opponent to prepare for Franklin because he’s a better fighter than ‘The Body Snatcher. Joshua must take the easier fight against Whyte to get the tougher match-up against Franklin.