By Dan Ambrose: Caleb ‘Sweethands’ Plant says he’s hoping to get a fight against David Benavidez “locked in” for early 2023.

Plant (22-1, 13 KOs) is in a situation where he can potentially get a rematch with now undisputed super middleweight champion Canelo Alvarez if he defeats WBC interim 168-lb champion Benavidez (26-0, 23 KOs) in a WBC-ordered title eliminator.

Canelo has hinted that he could fight the Plant vs. Benavidez winner, but he hasn’t come right out to say that he will 100% do that.

Some believe that Canelo will fight the winner if it’s Plant, but not if it’s the 26-year-old Benavidez due to the high potential of losing badly to him. Canelo’s career would tank badly if he were to get knocked out by Benavidez, which is why he’s not likely to face him if he beats Plant.

Last year, Plant was knocked out in the eleventh round by Canelo in an undisputed contest at 168 in November 2021. That was a well-paying fight for Plant, and it would be nice for him to get a second massive money bout against Canelo if he were to defeat Benavidez.

“Once we get the details worked out, there will be more to talk about. Hopefully, in the first quarter of the year, we’ll get it locked in,” said Plant. 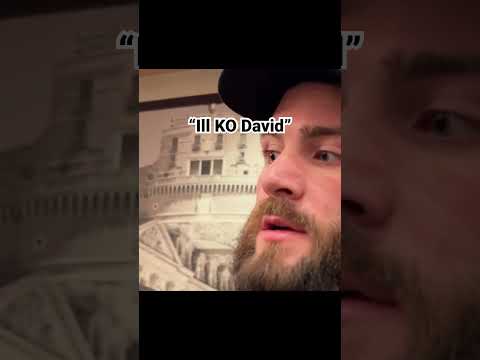 Interestingly, Plant has suddenly gotten a reputation of being a knockout artist from his one fight against the past his prime 37-year-old Anthony Dirrell last October.

Plant knocked out the former two-time WBC super middleweight champion Dirrell with a left hook to the head in the ninth round and then began to pretend that he was burying him while he was unconscious on the canvas.

Thankfully, Dirrell wasn’t seriously hurt from the knockout. Not only would that have been tragic, but the backlash Plant would have dealt with would have been enormous.

Many boxing fans view Benavidez as the #1 fighter in the 168-lb division. To prove it, he’ll need to defeat Plant and then WBA ‘regular’ champion David Morrell.

If Canelo were willing to face Benavidez, we could insert him into the equation, but again, he probably won’t want anything to do with him. It’ll be Benavidez taking on Morrell for the top dog spot as the #1 fighter at 168.

Canelo will be viewed as the elder statement of the super middleweight division. That is to say, he is a guy that is more respected for what he did in the past than for what he’s doing now at this stage of his career. Canelo isn’t about to get inside the ring with young lions like Benavidez or Morrell.

Artur Beterbiev Has Mandatory And Undisputed Bouts On His 2023 Agenda »