By Chris Williams: Jaron ‘Boots’ Ennis is ready to use high ranking with the WBO to take on champion Terence ‘Bud’ Crawford next to relieve him of his belt with that organization.

It’s going to be interesting to see if Crawford vacates to swerve Ennis or if he’s feeling brave and potentially saying goodbye to a massive payday against Spence by getting blasted out by Boots.

“I feel like Errol Spence Jr. would fight me. I’m going in there with the intention of winning the interim title, then fighting Errol next. I think we can make it happen,” said Ennis.

For the 36-year-old Crawford, this will be the first elite-level opponent he’ll have faced during his 15-year professional career, which is hard to believe that a three-division world champion has been maneuvered around quality opposition for so long.

Boots is fighting next month against Karen Chukhadzhian (21-1, 11 KOs) in a 12-round chief support bout on the Gervonta ‘Tank’ Davis – Hector Luis Garcia card on January 7th on Showtime PPV at the Capitol One Arena in Washington, D.C.

NEWS:   Jaron Ennis wants Roiman Villa or Rashidi Ellis next in May or June

IBF/WBA/WBC 147-lb champion Spence has no choice but to defend against his WBC mandatory next if he wants to keep that title to later face Crawford for the undisputed.

If Spence doesn’t take care of his WBC mandatory commitment, he will lose that belt, which will ruin his eventual fight with Crawford.

Ideally, Ennis (29-0, 27 KOs) would like to use his IBF mandatory spot to face champion Errol ‘The Truth’ Spence Jr next, but he’s expected to defend against his #1 WBC challenger Keith ‘One Time’ Thurman in a competitive fight in the first half of 2023.

With Spence not free to fight, it leaves WBO belt holder Crawford (39-0, 30 KOs) as the guy in Boots Ennis’ sights to snatch his belt from him by force. Boots is ranked #2 with the WBO and is the highest-ranking contender now that #1 Vergil Ortiz Jr is planning on fighting WBA ‘regular’ welterweight champion Eimantas Stanionis next.

Crawford has to defend against his WBO mandatory, as he hasn’t done it in over a year. Initially, it was supposed to be Vergil Ortiz, but as I said, he’s chosen to fight Stanionis.

The last time Crawford fought his WBO mandatory was against the shot gatekeeper Shawn Porter in 2021, and that was a chip shot. Porter was over-the-hill and had no business being made mandatory.

Ennis may need to fight Crawford on BLK Prime if he insists on bringing the bout over to that platform. 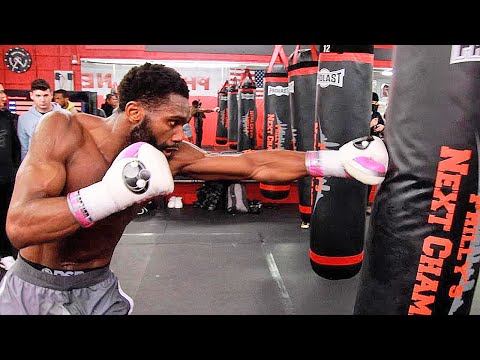 
« BLK Prime Has Placed Adrien Broner On The Road To Redemption

Plant vs. Benavidez: Caleb’s trainer raves about his explosiveness »