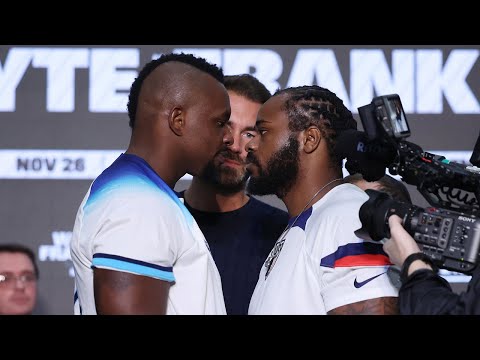 On teaming up with new trainer Buddy McGirt: “Me and Buddy are cool. Buddy is a cool guy. We have a laugh and we have a joke. Buddy is an interesting guy. He tries to teach you and he doesn’t change your style. He learns your style and puts little things in your style to help make you better as a person. He asks what style you like, what punches you like and what fighters you like watching and then he has a look at you.

“He’s doesn’t say a lot. He just gets on to you about the same things over and over again. It’s a bit of a ball-ache sometimes but it’s good – you know what I mean? I’ve never really had a teacher. I’ve had good coaches – very good coaches – but there’s a difference between a coach and a teacher. Buddy is a coach and a trainer but he’s a teacher too. He teaches you little things.

“What he does is good and it’s really interesting. Because I’m a fighter where I’m strong and fit, physical and I look to be rough – I can punch. A lot of coaches just work on that. But Buddy does thing differently. He says you don’t need to chop the house down with one punch all of the time.”

On his approach to the Jermaine Franklin fight:

“I’ll approach this fight the same god damn way I approach every fight. You know me, I approach all of my fights with only one thing in mind, and that’s to try and end it.”

On a potential Anthony Joshua rematch:

“I don’t care about the Anthony Joshua fight now. I’m focused on Franklin. There’s been pressure in all of my fights. I weren’t even an ABA Champion. People forget I had seven amateur fights. I was out there selling tickets hours before I was due to fight. I’m not an Olympian and I was never on Team GB. Every fight for me has always been must-win my whole career. It’s just another I’ve got to deal with. I’ve become quite used to that. There’s pressure but okay great. I’ve gone and beat guys that I shouldn’t have beat.” 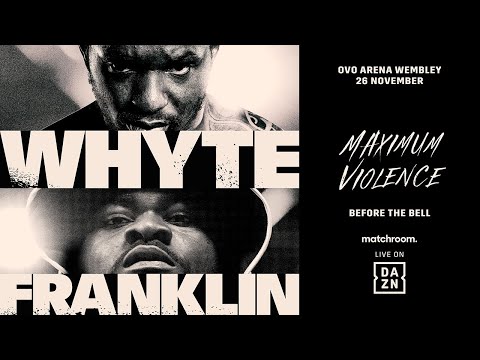 On his preparation in the UK:

“We flew over about three and a half weeks ago. I’m just getting some good work in, learning some stuff from World Champions. I pay attention to a lot of the little things. Little insights that will help improve my game.”

Do you punch hard enough to put a dent in Dillian Whyte?

“I most definitely punch hard enough. I just feel like everybody is sleeping on me. They don’t know what’s in store.”

On being the underdog with the bookies:

“This is boxing. I haven’t had that many top level fights in my career. I had a couple of layoffs. I’m about to prove what I can do.”

On targeting Dillian Whyte with an uppercut:

“I mean if it positions itself then I’m going to take it. That’s not the number one punch I’m looking for. I’m pretty sure that’s what he’s expecting. He’s expecting me to just come out there and throw and hail mary of upper cuts. I’ve got pretty good outside game too. Once I get my timing I’ve got pretty good outside game. Once I time the jab I’ll be alright, inside or outside.”

On the winner potentially fighting Anthony Joshua next:

“It’s a huge pot of gold but I’m laser focused on Dillian Whyte. I try not to think too far ahead into the future. I just like to handle the task that’s in front of me.” 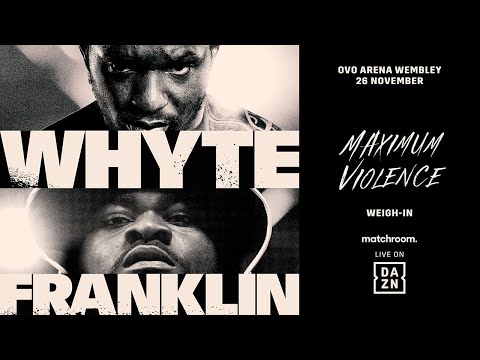 “This is boxing. Sometimes stuff happens. When you’re meant to have your best nights, you don’t and sometimes when you’re not meant to it happens. That’s just how boxing goes. You live and you learn from it. Hindsight is a bitch as they say.

“I try and listen to what my coaches say and what instructions they give. Sometimes you have a too-and-fro in your head. Buddy is calm. But don’t let Buddy’s calmness fool you. Look at the way Buddy used to fight, he used to set the pace and always fight aggressively so don’t let his calmness fool you.

“We know what’s in front of us. He’s young and he’s dangerous. Obviously he’s undefeated and he’s full of beans as we say here in the UK. It’s up to me to beat them out of him one by one. That’s exactly what I’m going to do.

“I don’t really take much notice of what’s said on social media. If you can’t say it to myself then screw you. They can say whatever they want. Listen, that’s their job, they’re meant to say that. That’s what we pay them to come here to do. I don’t care what people say about me or think about me.

“At the moment people are thinking I’m a wounded lion. All of these hyenas are looking to move in and have a little nibble here and a nibble there. What they’ve got to remember is I’m still a predator at the end of the day, and what predators do is they kill.”

“I believe anybody is a test. When the bell rings, you know the other guys’ intentions on winning, but to me everybody is a test and you never overlook anybody. I don’t give a shit who it is. If they’ve got one eye and one leg – you never underestimate them. You’ve got to be prepared for any and everything, and we have done that. Now we’re just ready to put everything together on Saturday night.

“Dillian has more than just punch power. After being with him for a couple of weeks you see this guy has a very good boxing IQ. He does a lot of different moves, it’s awkward and it’s crazy but it works for him. If I ever ask him something like why did you do that, he explains to me why. I’m like alright cool let’s make it a little better so we don’t get countered, or make it a little more effective. It was a great training camp so I have no complaints at all.

“First I want to say thank you for the opportunity. I’m a real chill guy I don’t really talk a lot. I just like to take care of business when it’s time to. I’ve got the upmost confidence in myself and I’m ready to go to work. I’ve just got the upmost confidence in myself and my abilities. You keep bringing up him being stopped in his last fight but I don’t care about that. I’ve come in here and prepared like he’s a World Champion. That’s all we’re looking at. I’m just focused on this fight, I don’t like to dwell too much on the future, you can lose focus on what’s at hand. After this fight that’s where my focus will be. Until then I’m just strictly focused on business.” 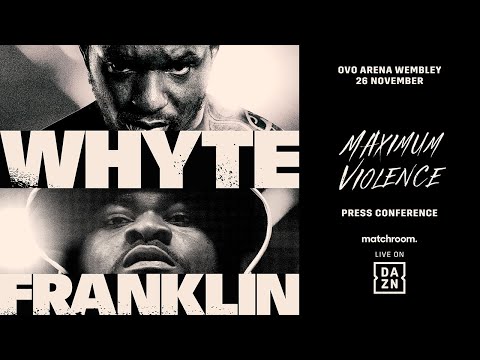 “First of all it’s an honour to be here in London. The people here have been very kind and very hospitable to us. It’s an honour. We’re going to take full advantage of this opportunity we’ve got. I can recall Jermaine when he was a younger fighter, maybe about 12/13, at the time he wasn’t fighting for me but I told him – I said you’re going to be World Champion one day – not knowing that one day he would be fighting for me.

“His dad brought him to me about ten years ago and he said I’ve got to take him to another level and you’re the man for that. I said if Jermaine is determined and he wants to do this we can take him to the top because he does have potential. So we started off and we had a successful amateur career – two Golden Gloves National Championships, he was runner up one year and then he lost in the finals, came all the way back around and he made up for that and he won it.

“This guy, he knows how to win. We have great chemistry together, I go out there and give him an assignment and he takes care of the assignment. Nothing is new. His professional career has been built on the road, we went into his opponent’s backyards, in front of their fans, their family and we destroyed them. Just like we’ve come here to do with Dillian Whyte – in front of his fans, in front of his family – we’re going to destroy him. It’s nothing new. It’s nothing new to us – we grew to this.

“It’s a big step up and we’re prepared for this. This is a step where I’ve been mentally preparing him for, physically preparing him for ever since the first day that he walked in the gym. Getting this opportunity against Dillian Whyte, they talked about it maybe a year ago or something and we got all excited about it and it didn’t happen. I told Jermaine that’s okay it’s meant to happen and it will happen. Here we are, it’s going to happen. We’re not fearful of the big stage that we’re on – we are the big stage! We came here. The stage has got to get ready for us.”

“Thank you Eddie it’s always a pleasure to be here in the UK – amazing boxing culture, amazing fans, amazing media and the UK is the home of the Heavyweight landscape these days. I believe Jermaine is the top young American Heavyweight. I’ve been telling you about Jermaine for many years. This is his opportunity. A classic fight with a young guy fighting an older big name. I want to give a shout out and respect to Jesse Addison who has been here with him for a long time – from his first fight really. Jermaine is a National Champion, beat several undefeated fighters on his way up the ranks. We love it here but you guys are in for a big surprise on Saturday night.

“As you know we almost made the fight last year but it did not happen. I believe the timing is better for Jermaine now because Dillian did get knocked out twice out of his last three fights, although they were very high-level fights. However, I do believe that Dillian is underestimating Jermaine and Jermaine is very eager to win, very eager to be the best and I’ve seen it throughout his career. I’ve followed his since his young professional career and started working with him as a promoter three years ago. What I’ve seen is very promising. He’s ready for this big stage. He’s focused physically and mentally – he’s been here for about five weeks sparring with Tyson Fury and Daniel Dubois. He’s ready to rumble.”