By Dan Ambrose: Teofimo Lopez called out Devin Haney’s name twice this week while sparring to prepare for his December 10th fight against replacement opponent Sandor Martin on ESPN+ at Madison Square Garden in New York.

Just why the former unified lightweight champion Teofimo (17-1, 13 KOs) called out Haney because Teo never showed any interest in fighting him when fought at 135. It would be brave of Teofimo to call out Haney’s name if he were still fighting at lightweight, but he’s not.

With the big money that Vasyl Lomachenko will be getting to fight Haney (29-0, 15 KOs), Teofimo might regret not taking that match when he had a chance to face him.

In hindsight, it was a terrible mistake on Teofimo’s part not to face Haney because he missed out on an opportunity to become the undisputed champion at lightweight.

Yeah, Teofimo was embellishing his credentials by calling himself the undisputed champion at 135, but he never earned that position because he failed to face Haney for his WBC belt. The WBC belt that Teofimo held was the Franchise strap, not the vintage belt. 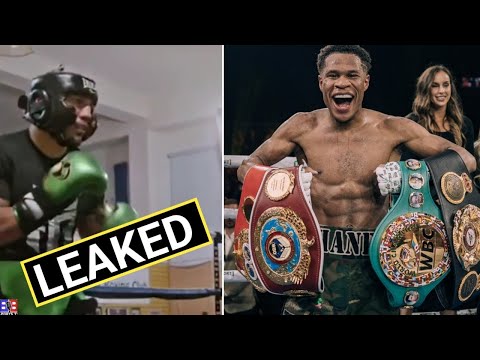 Many boxing fans believe Teofimo, 25, ducked Haney, choosing George Kambosos Jr instead in what was seen as a cherry-pick gone wrong last year in November.

Teo had been scheduled to face Jose Pedraza on December 10th, but he had to pull out due to an illness. Luckily for Top Rank and ESPN, Sandor, 29, was available to take the fight with Teofimo.

If Teofimo loses to Martin, it will be interesting to see what Top Rank does with him. That would be Teofimo’s second loss in his last three fights, making it clear that he’s not the fighter his promoters thought he was.

Losing to Martin would signal that Teofimo lacks the talent to be one of the major players at 140, and Top Rank would have to decide whether to keep him on their roster of fighters or cut him loose.

If Teofimo beats Sandor, he should try and avenge his loss to Kambosos because that defeat is hanging around Teo’s neck like a bunch of garlic. He needs to avenge that loss or at least try to.

Beterbiev vs. Yarde on Jan.28th LIVE on ESPN+ and BT Sport »